11/7/2016 G.R. No. L­27234 1/3 Today is Monday, November 07, 2016 Republic of the Philippines SUPREME COURT Manila EN BANC G.R. No. L­27234 May 30, 1969 LEONORA T. ROXAS, plaintiff­appellee, vs. PEDRO DINGLASAN, defendant, FRANCISCA MOJICA and VICTORIA DINGLASAN, intervenors­appellants. Oscar F. Reyes for plaintiff­appellee. Sabas M. Capili for intervenors­appellants. CAPISTRANO, J.: Appeal by intervenors Francisco Mojica and Victoria Dinglasan from the judgment of the Court of First Instance of Batangas in Civil Case No. 1272 ordering foreclosure of the mortgage constituted on a piece of land by defendant Pedro Dinglasan who, by falsifying a public document, had secured a transfer certificate of title in his name to the land previously sold to intervenors by its registered owner, Felisa Kalaw. Felisa Kalaw was the registered owner with Certificate of Title No. 9125 of Lot No. 15679 with an area of 26,530 square meters, situated at Lipa City. On June 11, 1959, she sold to Francisca Mojica by means of a public instrument an undivided portion of 11,530 square meters of the lot for the price of P938.50. In the same month and year, she sold to Victoria Dinglasan by means of a private instrument the remaining portion of 15,000 square meters for the price of P5,851.40. Long before and at the time of the sales, Francisca Mojica and Victoria Dinglasan were in possession of the Lot. The vendor's Certificate of Title No. 9125 was not delivered to the vendees because it was in the possession of another person to whom the lot had been mortgaged by Felisa Kalaw. Prior to December 29, 1961, Pedro Dinglasan, by falsifying a public document of conveyance, succeeded in having Certificate of Title No. 9125 in the name of Felisa Kalaw canceled and a new transfer Certificate of Title No. T­10392 issued in his name. The record does not show when and how he had obtained possession of the owner's duplicate certificate of title.. On December 29, 1961, Pedro Dinglasan mortgaged the lot to Leonora T. Roxas as security for a loan of P7,000.00 with interest of 6% per annum, payable within a period of ninety (90) days. The mortgagor's title having been delivered to the mortgagee, she caused the instrument to be registered on the back of the said transfer certificate of title. On April 3, 1962, the mortgagee, Leonora T. Roxas, instituted the instant foreclosure suit against the mortgagor, Pedro Dinglasan, the latter having failed or refused to pay the obligation on its due date.

Most Popular Documents for LLB 111 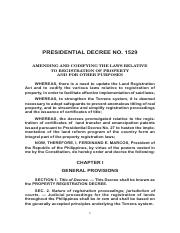 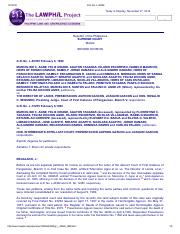 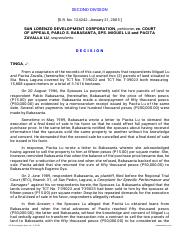 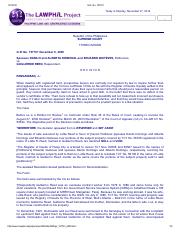 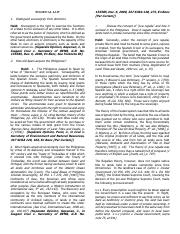 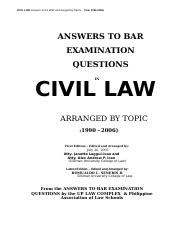