AQA Level 3 Technical Level Mechatronic Engineering: Page 1 of 7 Sample Assignment Brief AQA Level 3 Technical Level Engineering: Mechatronic Programming for Engineers Tutor/Assessor Name Assignment Title Date Assignment Issued Submission Date Task number Grading criteria to be evidenced in the task Task 1 P1, P2, P3, M1, D1 Task 2 P4, P5, P6, M2, M3 Task 3 P9, P10, P11, P12, D3, M5 Task 4 P7, P8, P13, P14, P15, P16, M2, M6, M7, M8, D3, D4 Learner Authentication I confirm that the work and/or the evidence I have submitted for this assignment is my own. I have referenced any sources in my evidence (such as websites, text books). I understand that if I don’t do this, it will be considered as a deliberate deception and action will be taken. Learner Signature Date Tutor/Assessor Signature Date

AQA Level 3 Technical Level Mechatronic Engineering: Page 2 of 7 WHO IS THE AUTOMATED TECHNOLOGY GROUP? The Automated Technology Group Ltd is the largest independent controls company in the UK. They employ staff at two locations in the UK, their headquarters in Silsoe, Bedfordshire and their robotics and simulation centre in Kings Norton, Birmingham. Whilst the company name is not yet widely known outside the industry, within it they are a major player, and the supplier of choice for marquee brands such as Jaguar Land Rover, Bentley and BMW Mini, to design, simulate, program, install, commission and maintain advanced automated production line solutions. Outside the automotive sector, The Automated Technology Group provide automated production and logistics solutions for Amazon, Coca-Cola, and Heathrow Airport amongst others. ROBOT CELLS Many of the production line solutions developed and implemented by the Automated Technology Group are centred around the concept of a robot cell. This is a self- contained production cell which contains an industrial robot, and the associated ancillaries and safety equipment to enable the robot to perform its intended production operation. For example, in automotive engineering, operations are many and various, ranging from handling the body panels, to performing measurement on them, welding them together and applying adhesive and painting. A robot cell will nominally perform one operation, which may require one or more robots working together to complete. They will perform this operation accurately, repeatedly and reliably – removing concerns about human error, fatigue and safety, whilst increasing speed, efficiency and throughput. Once this operation is complete, the part-assembled car will be passed to the next cell for the next operation, and this cell will await the next car in to perform its own operation again. PLC PROGRAMMING Although the robot itself usually performs the majority of work within the cell, the sequence of cell operations including supervison of the robots, is down to a separate (but linked) control system, run by a Programmable Logic Controller (PLC).

Most Popular Documents for DPA 503 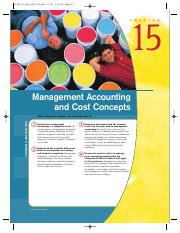 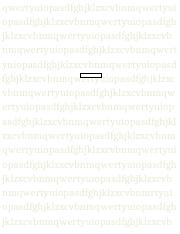 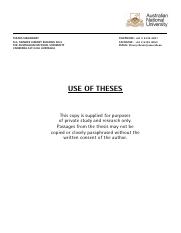 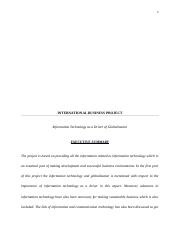 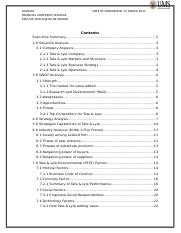 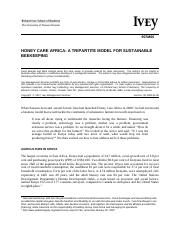