New York University
NURSING
NURSING MISC
Aging Notes - Part 2_Update Fall 2017.doc - Aging Notes \u2013 Part 2 Some Facts about Drugs and the Elderly \u2013 Just to get a perspective on the problem

Aging Notes – Part 2 Some Facts about Drugs and the Elderly – Just to get a perspective on the problem! You do not have to memorize statistics! • Older adults make up about 13% of the population but take about 1/3 of all prescribed medications. • The average older person has 11 prescriptions filled per year. • The average nursing home patient receives 8 medications daily. • Elderly persons suffer adverse drug reactions 5 times more frequently than do younger adults. Pharmacokinetics is the process of absorption, distribution, metabolism, and excretion of a drug after it is administered. Now, let’s explore each of these phases of pharmacokinetics in the elderly, one by one. Absorption, which is how a drug passes through some surface of the body into the circulation, is the not as highly impacted by the normal aging changes as the other phases of pharmacokinetics. However, the absorption is slightly slowed for the following reasons: decreased sense of thirst, decreased total body fluids and circulation, decreased muscle mass, and decreased gastric acids. Distribution , which is a drug is transported by blood and lymph to areas of the body for action and metabolism, is affected by the normal aging changes in the following ways: 1. Many drugs combine with plasma proteins and are carried by the proteins to the receptor site. While the drug molecule is “locked” onto the protein molecule, it is unable to exert its effect. It is only the “free” or unbound drug molecules (those not carried by a plasma protein) that may exert the action of the drug. The elderly have fewer plasma proteins; therefore, they have a greater amount of “free” drug circulating in the blood. This places them at greater risk for an increased response or toxicity. 2. Older adults also have more fatty tissue and fat soluble drugs bind to fatty tissues. This means there may be a greater accumulation of fat-soluble drugs such as Valium, barbiturates, and adrenergic blocking agents leading to an increased danger of toxicity. Metabolism, which is the process of transformation of a drug from an active state to an inactive state, occurs mostly in the liver. During the aging process, the liver decreases function due to decreased blood flow to the liver and decreased amounts of liver enzymes. Again, this slower metabolism can lead to more active drug remaining in the blood circulation and an over response of the drug or toxicity. Excretion, which is sometimes called elimination, is the process of the drug leaving the body. It occurs primarily through the renal system. This phase is affected by the normal aging changes because the elderly have a reduced number of nephrons, and a decrease in renal blood flow which leads to lower glomerular filtration rate. This overall slowed functioning of the urinary system may lead to increased amounts of drug in the circulation, which in turn leads to accumulation of the drug and toxicity.

Most Popular Documents for NURSING MISC 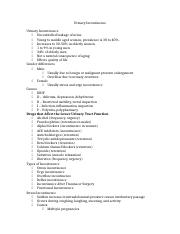 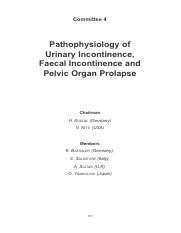 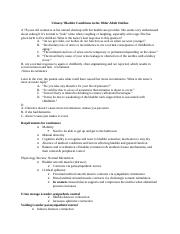 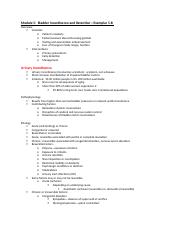 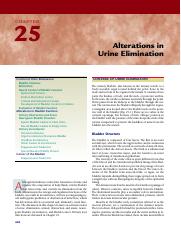 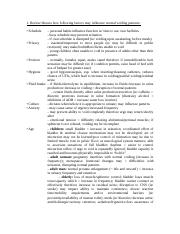