Aurelius 1 Jenna Aurelius FILM 3051 Ashley-ji 3 December 2019 Bollywood & Sports Culture The Mighty Ducks, Remember the Titans, Rudy, and The Blind Side. Now, what do all of these films have in common? They’re all sports films! Sports films are generally made to evoke emotions of perseverance, humility, pride, and those really feel good moments. However, most Bollywood films are recognized for their romance, comedy, or their ability to evoke certain powerful emotions. While comedies, dramas, romances, horror, and even action movies are considered to be the most generic genres of Bollywood films, sports films have made a significant progression in the Indian film industry. As Americans, we are initially drawn in and captivated by all things sports. For instance, American football, America’s pastime (baseball), basketball, hockey, and more. However, in our film class, most of our Bollywood films that we’ve watched have placed an emphasis on love, religion, or even purity. Contrastingly in Nitesh Diwari’s film Dangal, the film displays a whole new realm of Bollywood film topics, and introduces multiple themes such as society's view towards women, conservative traditions, and finally, the discipline and dedication needed to become a champion. I chose to watch and closely analyze the Bollywood film entitled Dangal, which was related to one of India’s most infamous sports, wrestling. However, it would be wrong to call Dangal just a sports film. There are a plethora of colors in this film. Colors including society's

Aurelius 2 view towards women, conservative traditions, a man's dream and passion, the desire of a young boy, the betrayal outside and inside the arena, the desire to do something for the country, and finally, the discipline and dedication needed to become a champion. These are all concepts that are displayed in the Bollywood film, Dangal. Shockingly, this film is actually based upon a true story. It was inspired by the life of wrestler Mahavir Singh Phogat. Mahavir, who lives in Bilali village, wants nothing more than to win a gold medal for his country. He earned prestige and fame in Pahlavani, but in reality could not earn a stable income, and for that reason he had to leave Pahlavani and find a more reliable and steady form of employment. He then gets the idea that his unborn son will fulfill his unfulfilled dream. However, he becomes seemingly frustrated when daughter after daughter is conceived. Eventually, he ends up with four daughters, and not a single son. He believes his daughters are meant for cleaning, cooking pleasing men, and remaining innocent. This just enforces the extremely accurate perception on Indian women in society, and how society views them. Since he had never gotten the son he had always wanted, Mahavir was on the verge of losing all hope for his dream. That is until one day, after his eldest

Most Popular Documents for ENGLISH 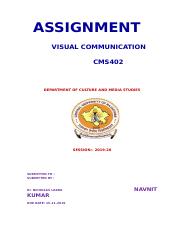 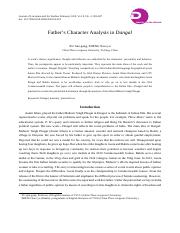 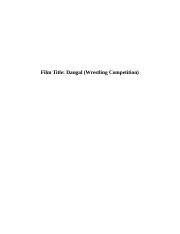 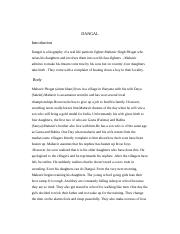 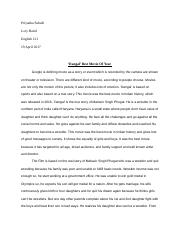 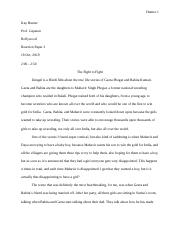 The Fight to Fight