Factors Related to Student Satisfaction with University Gary Lee, Neryla Jolly, Peter Kench, Bruno Gelonesi Faculty of Health Sciences, University of Sydney At the beginning of semester 2, 1997 the Faculty conducted a survey of its first year students (n=792) using an adaptation of the First Year Experience Questionnaire of McInnis and James. The aims were to obtain baseline data on the demographics and attitudes and perceptions of first year students. A similar survey was subsequently performed in 1998 and 1999. In this paper we report on factors that are related to student satisfaction with their university experience. Student satisfaction has been studied a great deal over the years because it is an important outcome in its own right, but also because of its relationship with student performance and student persistence. Furthermore, there is increasing pressure on accountability, increasing competition between universities, and a trend towards the linking of some funding, amongst other things, to student satisfaction with course experiences. A host of factors have been reported in the literature to impact on student satisfaction and this study aims to identify the factors relevant to student satisfaction in this Faculty. The Faculty has eleven major undergraduate courses, most of which lead to accredited health professional qualifications and well defined career prospects. It was felt, therefore, that students in this Faculty could have different expectations about university to students enrolled in more generalist courses. Student satisfaction with university has received much attention in the literature over the years. The main reasons for this are threefold. Firstly, it can be argued that satisfaction with university is an important educational outcome in its own right (Okun and Weir, 1990). Astin (1977) goes as far as to suggest that “… it is difficult to argue that student satisfaction can be legitimately subordinated to any other educational outcome”. Secondly, there is evidence to suggest that satisfaction is related to student performance (Bean and Bradley, 1986; Howard and Maxwell, 1982; Pike, 1991), although it is recognised that the relationship is complex and bi-directional. Whether satisfaction has a greater influence on performance than performance on satisfaction is still debated. Thirdly, satisfaction is considered to be a predictor of student persistence at university (Aitken, 1982; Edwards and Waters, 1982; Pascaraella, 1985; Terenzini and Pascarella, 1977; Tinto 1993). Recent pressures have added to this need for understanding the elements of student satisfaction at a local level. These are increasing accountability, the increasing competition for students between institutions and the increasing importance being placed by institutions and government on formal student evaluations and student ratings of courses. In Sydney University the course rating achieved by the Graduate Careers Council of Australia Course Experience Questionnaire (CEQ) is to be used from 2001

Most Popular Documents for ACCOUNTING BKAF1023 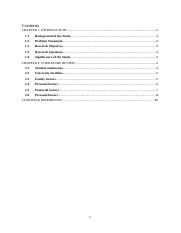 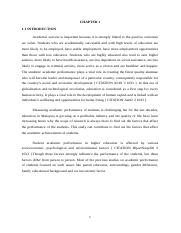 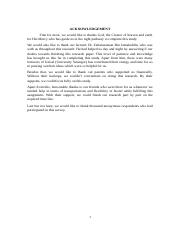 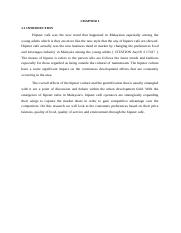 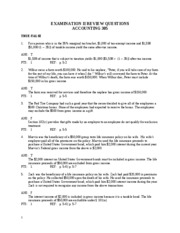 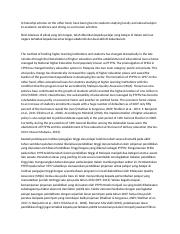 Scholarship scheme on the other hand.docx