Bergen Community College
HIS
HIS 146
ArticleVConventionForProposingConstitutionalAmendmentsHistoricalPerspectivesForCongress.ConConStudy. - The Article V Convention for Proposing

The Article V Convention: Historical Perspectives for Congress Congressional Research Service Summary The Philadelphia Convention of 1787 provided two methods of proposing amendments to the U.S. Constitution. In the first, Congress, by two-thirds vote in both houses, proposes amendments to the states. If three-fourths of the states (38 at present) vote to ratify the amendment, it becomes part of the Constitution. Since 1789, Congress has proposed 33 amendments by this method, 27 of which have been adopted. In the second method, if the legislatures of two-thirds of the states (34 at present) apply, Congress must call a convention to consider and propose amendments, which must meet the same 38-state ratification requirement. This alternative, known as the Article V Convention, has not been implemented to date. Several times during the 20 th century, organized groups promoted a convention that they hoped would propose amendments to the states, or to “prod” Congress to propose amendments they favored. The most successful was the movement for direct election of Senators, which helped prod Congress to propose the 17 th Amendment. The most recent, which promoted a convention to consider a balanced federal budget amendment, gained 32 applications, just two short of the constitutional threshold. When the balanced budget amendment campaign failed in the 1980s, interest in the convention option faded and remained largely dormant for more than 20 years. Within the past decade, interest in the Article V Convention process has reawakened: several policy advocacy organizations have publicized the Article V Convention option, particularly as an alternative to what they portray as a legislative and policy deadlock at the federal level. An important issue in the contemporary context is the fact that advances in communications technology could facilitate the emergence of technology-driven issue advocacy groups favorable to this phenomenon. The rise of instant interpersonal communications, email, and other social media helped facilitate the rapid growth of such groups as MoveOn.org, the Tea Party movement, and, most recently, Occupy Wall Street. These tools could be harnessed to promote a credible campaign in a much shorter time than was the case with previous convention advocacy movements. Reviewing the history of the Article V Convention alternative, the record of the Constitutional Convention of 1787 clearly demonstrated the founders’ original intent. During the convention, they agreed that a second mode of amendment was needed to balance the grant of amendatory power to Congress. This method, clearly identified in Article V as co-equal to congressional proposal of amendments, empowered the people, acting through their state legislatures, to 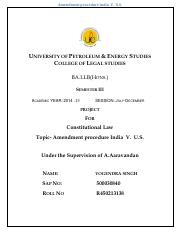 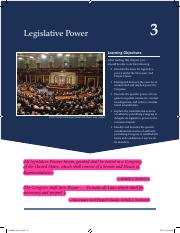 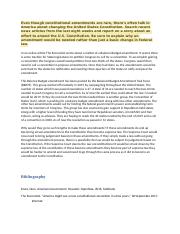 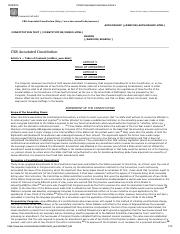 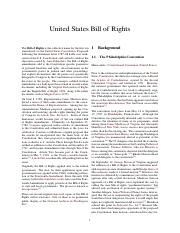