As Halliday (1985) viewed grammar form a functional point of view, he also viewed the components of meaning as functional. He supposed that languages are systematized around two types of meanings that are the ideational, which represent experience (Martin and Rose, 2003), and the interpersonal, which is the component enacting relationships (Martin and Rose, 2003). As such, the ideational component is concerned with our use of grammar and grammatical resources to interpret our experience of the world around us and inside us (Halliday and Matthiessen, 2004). The interpersonal component, however, is concerned with the relationship between the communicators. It is the “grammatical resources for enacting social roles” (Matthiessen and Halliday, 1997, p. 12). In addition to these two components, Halliday (1985) added another component that is the textual, which “breathes relevance into the other two”. The textual component, then, is concerned with the presentation of the other two components as a text (Matthiessen and Halliday, 1997). Halliday (1985) called these three components of meanings metafunctions. According to Martín and Rose (2003), these three functions or metafunctions of language are “interwoven with each other” (p. 6). Therefore, researchers may examine any discourse from any of these three components to identify the functions carried out by the different patterns of meaning (p.7). According to Halliday (1985), the main intention of this approach is to examine the meaning as a choice. For him, the meanings that are carried out in any semiotic system can be interpreted as a network of interlocking options. He argued that language, as a socializing system, is used to achieve meaning in what he called the context of situation. The context of situation, according to Halliday, reoccurs as

Most Popular Documents for BACHELOR O 1000 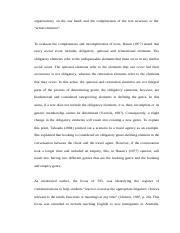 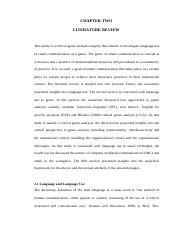 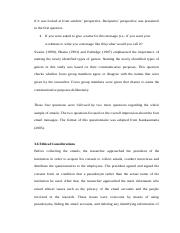 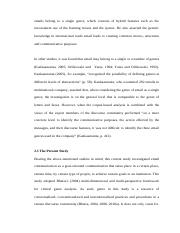 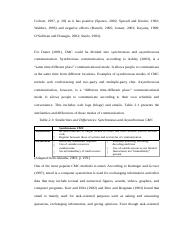 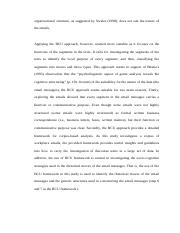