2 G O A L S When you have completed this chapter you will be able to: 1 Organize qualitative data into a frequency table . 2 Present a frequency table as a bar chart or a pie chart . 3 Organize quantitative data into a frequency distribution . 4 Present a frequency distri- bution for quantitative data using histograms, frequency polygons , and cumulative frequency polygons . Describing Data: Frequency Tables, Frequency Distributions, and Graphic Presentation Merrill Lynch recently completed a study of online investment portfolios for a sample of clients. For the 70 participants in the study, draw a histogram for the data. (See Exercise 43 and Goal 4.)

Describing Data: Frequency Tables, Frequency Distributions, and Graphic Presentation 21 Introduction The highly competitive automotive retailing business has changed significantly over the past 5 years, due in part to consolidation by large, publicly owned deal- ership groups. Traditionally, a local family owned and oper- ated the community dealership, which might have included one or two manufacturers, like Pontiac and GMC Trucks or Chrysler and the popular Jeep line. Recently, however, skill- fully managed and well-financed companies have been acquiring local dealerships across large regions of the coun- try. As these groups acquire the local dealerships, they often bring standard selling practices, common software and hard- ware technology platforms, and management reporting tech- niques. The goal is to provide an improved buying experi- ence for the consumer, while increasing the profitability of the larger dealership organization. In many cases, in addi- tion to reaping the financial benefits of selling the dealership, the family is asked to continue running the dealership on a daily basis. Today, it is common for these megadealerships to employ over 10,000 people, generate several billion dollars in annual sales, own more than 100 franchises, and be traded on the New York Stock Exchange or NASDAQ. Megadealerships include AutoNation (ticker sym- bol AN and the largest), Penske Auto Group (PAG and second largest), Asbury Automotive Group (ABG), and Hendrick Auto Group (which is privately held). The consolidation has not come without challenges. With the acquisition of dealerships across the country, AutoUSA, one of the new megadealerships, now sells the inexpensive Korean import brands Kia and Hyundai, the high-line BMW and Mercedes Benz sedans, and a full line of Ford and Chevrolet cars and trucks. Ms. Kathryn Ball is a member of the senior management team at AutoUSA. She is responsible for tracking and analyzing vehicle selling prices for AutoUSA. Kathryn would like to summarize vehicle selling prices with charts and graphs that she could review monthly. From these tables and charts, she wants to know the typical sell- ing price as well as the lowest and highest prices. She is also interested in describ- ing the demographics of the buyers. What are their ages? How many vehicles do they own? Do they want to buy or lease the vehicle?

Learn more about The American and The Federalist Papers with Course Hero's FREE study guides and infographics!

Most Popular Documents for MGMT 2340 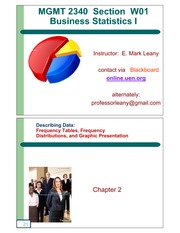 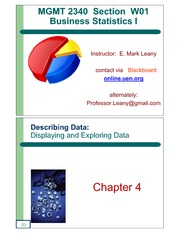 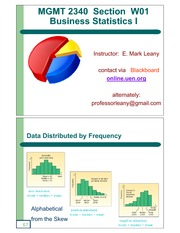 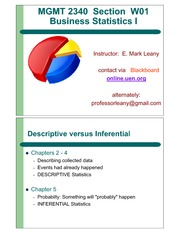 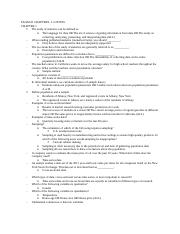 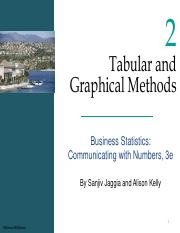 Our tutors were helpful last time, right? Ask another question!