Response:, E///,  14Points Missed,  1Percentage,  93%1., Which of the following is not expected very often near a “textbook” subduction zone (that is, near a subduction zone that is so perfect and free of confusing complications that you would use it in a textbook to teach students)?, A., Piles of sediment scraped off the downgoing slab.B., Explosive volcanoes.C., Slide-past (or transform, with horizontal but no vertical movement) earthquakes and faults.D., Push-together earthquakes and faults.E., Stratovolcanoes.Most of the action at subduction zones is “push-together”, including push-together earthquakes and faults, scraping off of sediment to make piles as one side moves under the other side, and volcanic explosions that contribute to layered volcanoes, or “stratovolcanoes”. Slide-past motion is not dominant, intermediates between pure subduction and pure slide-past motion do exist, but are not “textbook” cases of subduction., Points Earned:, 0/1Correct Answer:, CYour Response:, E2., Much melting in the mantle occurs near subducting slabs primarily because:, A., Water taken down subduction zones lowers the melting temperature in and near the slabs.B., Sediments scraped off downgoing slabs pile up, trapping heat and causing the rocks below to be warmer than elsewhere in the mantle.C., Convection cells from the deep mantle rise along subduction zones.D., Slabs are the hottest things in the mantle because of friction from the subduction.E., Hot spots come up subduction zones.Throw a little dry flour in a warm oven, and not much happens. Add some water, or better, some water and some carbon dioxide from yeast, and things happen in a hurry. The subduction zone takes water, and carbon dioxide in shells and other things, down to lower the melting point and feed volcanoes. Friction does warm the down-going slabs, but slabs start off way colder than the rocks into which they move, and remain colder for a while. Sliding your cold feet along the sheets when you get into bed on a winter night may warm your toes a little by friction, but if you happen to share the bed with a significant other, putting your tootsies on that persons bare belly will tell you that frictional heating takes a while! The scraped-off pile of sediment traps a tiny bit of heat, but not too much; the downgoing slab makes the nearby mantle colder than normal, not warmer. And nature tends to separate regions where something is flowing one way from regions where the flow is reversed; 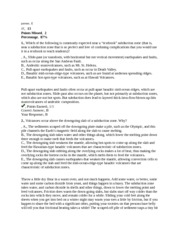 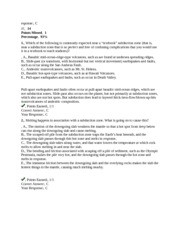 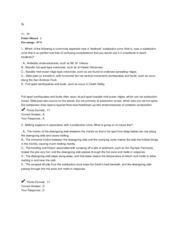 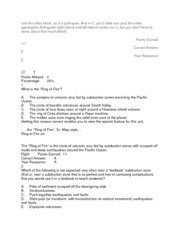 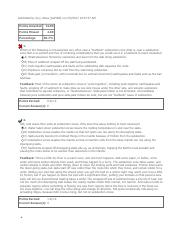 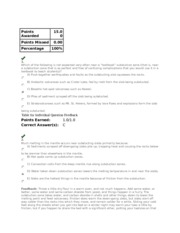