Insurance now the superintendent of financial

Insurance (now the Superintendent of Financial Services) took an interest in this case prior to the jury's unexpectedly high award of punitive damages. (vi) Proportionate to the Advantage Wrongfully Gained by a Defendant from the Misconduct 124 A traditional function of punitive damages is to ensure that the defendant does not treat compensatory damages merely as a licence to get its way irrespective of the legal or other rights of the plaintiff. Thus in Horseshoe Bay Retirement Society, supra, a real estate developer cut down mature trees on the plaintiff's property to improve the view from neighbouring lots which it was developing for sale. The defendant appeared to have calculated that enhanced prices for its properties would exceed any "compensation" that it might be required to pay to the plaintiff. Punitive damages of $100,000 were awarded to reduce the profits and deter "like-minded"

Page 34 of 44 Whiten v. Pilot Insurance Co., [2002] 1 S.C.R. 595 developers (p. 50). For a similar case, see Nantel v. Parisien (1981), 18 C.C.L.T. 79 (Ont. H.C.), per Galligan J., at p. 87, "... the law would say to the rich and powerful, 'Do what you like, you will only have to make good the plaintiff's actual financial loss, which compared to your budget is negligible'". In Claiborne Industries, supra, an award of punitive damages was made against the defendant bank in an amount sufficient to ensure that it did not profit from its outrageous conduct (p. 106). [page657] 125 On the other hand, care must be taken not to employ the "wrongful profit" factor irrationally. Thus, in Lubrizol Corp. v. Imperial Oil Ltd. (1994), 84 F.T.R. 197, the court ordered the defendant to account to the plaintiff for all profits gained by infringing the plaintiff's patent, with interest, then added $15 million in punitive damages (without waiting for the profits to be ascertained) because, per Cullen J., "[t]he volume of [patented] product sold, although not quantified, must be enormous" and the defendant was "a large corporation with annual sales of 10 billion dollars" (p. 209). The duplicative remedies thus relieved the defendant of the profit twice, once through the accounting remedy and a second time (at least in part) through an award of punitive damages. The trial judge's approach was reversed on appeal ( [1996] 3 F.C. 40). 126 In the present case, the effort to force the appellant into a disadvantageous settlement having failed, it is not alleged that the respondent profited from its misconduct. (5) The Usefulness of Ratios 127 The respondent and its supporting intervener suggest that an award of $1 million in punitive damages is out of line because compensatory damages were ultimately assessed only at about $345,000. The result, they argue, is an improper ratio. It is apparent from what has already been said, however, that proportionality is a much broader concept than the simple relationship between punitive damages and compensatory damages. That relationship, moreover, is not even the most relevant because it puts the focus on the plaintiff's loss rather than where it should be, on the defendant's misconduct. If a ratio is to be used what 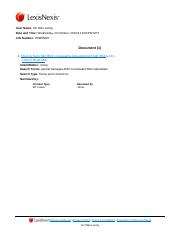 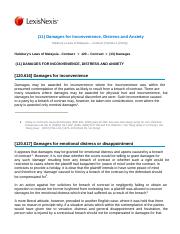 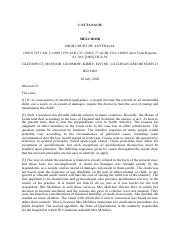 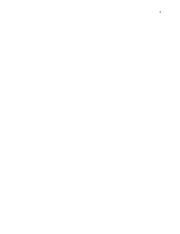 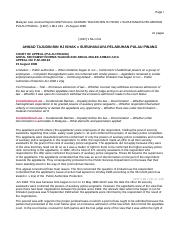 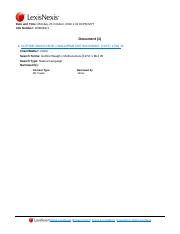