But I had to let them down. What could I do? My family had to eat. I N EARLY N OVEMBER , I started waking up as usual at 4:00 A.M. to go make ridges in the fields. One morning, as I waited in the yard for my mother to prepare my porridge, my father stepped out into the darkness. “No phala today,” he said. “Huh?” “It’s time to start cutting back. We need to stretch out what we have.” We had less than two bags of grain in the storage now, so I knew there’d be no porridge tomorrow, or the day after that. Breakfast was first to go, and I wondered what was next. Instead of complaining or asking pointless questions, I took my hoe and headed to the fields to meet Geoffrey. When I arrived, I told him about skipping breakfast. “Can you believe it?” I said. “You’re just starting that today?” he asked. “It’s been two weeks for us. I’m getting used to it.” At 4:00 A.M. the weather was cool, and I could dig my ridges with great energy. My stomach must have also been fooled from last night’s nsima, because it had yet to wake up and grumble. But by 7:00 A.M. it was clawing and screaming to be filled, and the blazing sun was sucking all my strength. I took off my shirt and wrapped it around my head, but the extra weight of it made me more tired. The only thing keeping me from falling over was my father stomping past. “Make those ridges better!” “I’m hungry, out of strength.” “Think about next year, son. Try your best.” I looked down and saw my ridges were small and uneven, as if they’d been dug by a slithering snake. Across the field, my cousin swung his hoe, covered with sweat and breathing heavily. “Mister Geoffrey,” I said. “You dig my ridges today, and I’ll dig yours tomorrow. Can we make this deal?” He didn’t look up. “I’ll think about it,” he said, gasping. “But it sounds like the same deal as yesterday.” I was trying to joke and raise his spirits, because lately I was feeling bad for him. Ever since his father died Geoffrey hadn’t been the same. Sometimes Geoffrey forgot things, or he would drift off into space when I was telling him something—something of great importance, no doubt. Other times he just stayed in his room for a couple of days and didn’t talk to anyone. He hadn’t been feeling well, and on a trip to the clinic recently, he’d been diagnosed with anemia. I later discovered that phala wasn’t the only thing they weren’t getting at home. Food was running low all around. “I’m joking,” I shouted. “Seriously, you don’t look good, man. Maybe you should take a break. Don’t work so hard, and get some rest.” “I have no choice,” he said, swinging his hoe. “You know my deal.” Even worse, with the recent troubles, I was pretty sure Geoffrey wouldn’t be returning to school in the upcoming term, now just over a month away. His mother already struggled to pay his student fees, but now she needed him and his brother Jeremiah to work and provide food. I didn’t want Geoffrey to know that I knew this, so I kept our usual banter going. 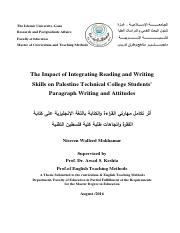 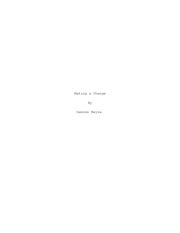 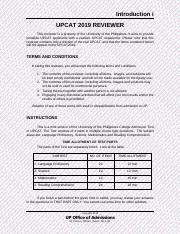 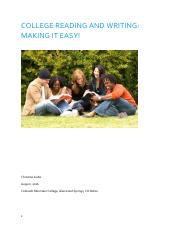 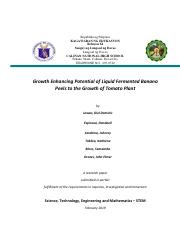 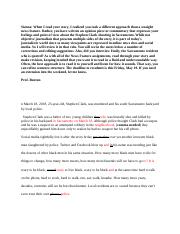