Gomal University, D.I. Khan
ENGLISH
ENGLISH 122
91 Some of the baetyls interpreted by Marshall to be sacred phallic

91 some of the baetyls interpreted by marshall to be

[91] Some of the baetyls interpreted by Marshall to be sacred phallic representations are now thought to have been used as pestles or game counters instead, while the ring stones that were thought to symbolise yoni were determined to be architectural features used to stand pillars, although the possibility of their religious symbolism cannot be eliminated. [92] Many Indus Valley seals show animals, with some depicting them being carried in processions, while others show chimeric creations . One seal from Mohen-jodaro shows a half-human, half-buffalo monster attacking a tiger, which may be a reference to the Sumerian myth of such a monster created by goddess Aruru to fight Gilgamesh . [93] In contrast to contemporary Egyptian and Mesopotamian civilisations, Indus valley lacks any monumental palaces, even though excavated cities indicate that the society possessed the requisite engineering knowledge. [94] [95] This may suggest that religious ceremonies, if any, may have been largely confined to individual homes, small temples, or the open air. Several sites have been proposed by Marshall and later scholars as possibly devoted to religious purpose, but at present only the Great Bath at Mohenjo-daro is widely thought to have been so used, as a place for ritual purification. [91] [96] The funerary practices of the Harappan civilisation are marked by their diversity, with evidence of supine burial, fractional burial(in which the body is reduced to skeletal remains by exposure to the elements before final interment), and even cremation. [97] [98] Collapse and Late Harappan [edit] Late Harappa figures from a hoard at Daimabad Around 1800 BCE, signs of a gradual decline began to emerge, and by around 1700 BCE, most of the cities were abandoned. In 1953, Sir Mortimer Wheeler proposed that the decline of the Indus Civilisation was caused by the invasion of an Indo-European tribe from Central Asia called the " Aryans ". As evidence, he cited a group of 37 skeletons found in various parts of Mohenjo-Daro, and passages in the Vedas referring to battles and forts. However, scholars soon started to reject Wheeler's theory, since the skeletons belonged to a period after

the city's abandonment and none were found near the citadel. Subsequent examinations of the skeletons by Kenneth Kennedy in 1994 showed that the marks on the skulls were caused by erosion, and not violent aggression. [99] Today, many scholars believe that the collapse of the Indus Civilisation was caused by drought and a decline in trade with Egypt and Mesopotamia. [100] It has also been suggested that immigration by new peoples, deforestation, floods, or changes in the course of the river may have contributed to the collapse of the IVC. [101] The Cemetery H culture was the manifestation of the Late Harappan over a large area in the south, and the Ochre Coloured Pottery culture its successor. 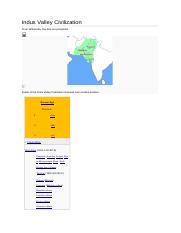 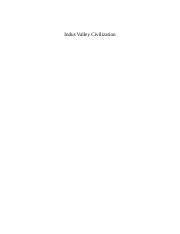 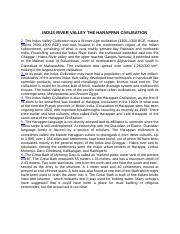 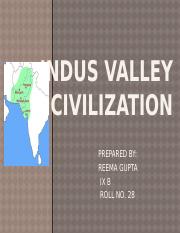 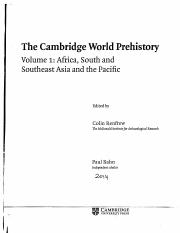 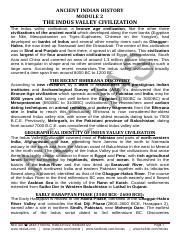