Texas A&M University, Corpus Christi
BUSINESS
BUSINESS 3310
This document is authorized for use only in Lisa Rohers Digital Transformation

This document is authorized for use only in lisa

This document is authorized for use only in Lisa Roher's Digital Transformation 11.23.2018 at Emeritus Institute of Management from Nov 2018 to May 2019.
BAB706APRIL 2015 Revision MakerBot: Challenges in Building a New Industry 5 An Open ApproachFrom an ideological perspective, Pettis, Mayer, and Smith had always disdained existing “closed”platforms of industrial 3D systems that used proprietary hardware and software. Their vision was to launch and grow MakerBot using only open-source technology so that their first customers could understand, tinker with, and improve their products. Because everything was open-source, MakerBot owners could modify and share not only software adaptations, but also new hardware innovations. For example, the Frostruder was an early hardware modification that enabled MakerBot printers to extrude frosting, thus providing customized 3D edible creations. Over the years, other MakerBot owners had also created more broadly useful tools and add-ons, such as laser-cutting heads and computer-controlled drawing tools to expand the printer’scapabilities. In a 2010 interview, Pettis explained MakerBot ideals, which contradicted those of the existing 3D printing industry where business models were built on proprietary hardware and software. We’reopen-source nerds. We want people to feel like when they get our printer, they actually have it. I recently got a 1970s KLH record player. And you know what? It came with a manual, and in the manual were all the schematics for the electronics, because if it broke, you should know how to fix it! Somehow, since then, people got into the idea that, oh, you just get a box, and it’sgoing to do something for you, and then you are going to throw it away. I want people to know how things work so they can modify it, they can fix it, they can really own it! Also consistent with an open-source mentality, MakerBot’s3D printers used only non- proprietary consumables to build objects. This allowed MakerBot customers to buy printing consumables from a wide range of plastics distributors, unlike with the lock-in strategy most 3D printing companies pursued. Specifically, MakerBot printers used industrial ABS plastic, the same plastic used to make children’sLego blocks. MakerBot sold plastic spools in an array of colors. These materials could be sourced through locations and distributors worldwide. By making printing media non- proprietary and therefore low cost, MakerBot encouraged its customers and the open-source community to print and experiment extensively with its machines. These software, hardware, and consumables decisions changed the historic business model for both 3D and 2D printing. The aim was not to make each customer a captive of the system, but rather an innovator, with potential to shape the newly forming personal manufacturing industry. 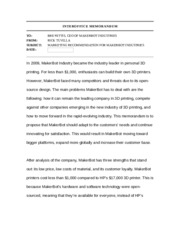 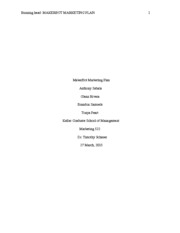 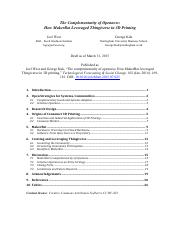 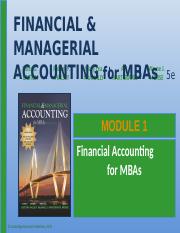 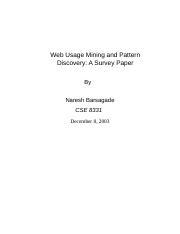