While transportation remained insufficient for red

While transportation remained insufficient for Red Army forces, when Operation Barbarossa kicked off, they possessed some 33,000 pieces of artillery, a number far greater than the Germans had at their disposal. [143] [n] The Soviet Union had some 23,000 tanks available of which only 14,700 were combat-ready. [145] Around 11,000 tanks were in the western military districts that faced the German invasion force.

[11] Hitler later declared to some of his generals, "If I had known about the Russian tank strength in 1941 I would not have attacked". [146] However, maintenance and readiness standards were very poor; ammunition and radios were in short supply, and many armoured units lacked the trucks for supplies. [147] [148] The most advanced Soviet tank models – the KV-1 and T-34 – which were superior to all current German tanks, as well as all designs still in development as of the summer 1941, [149] were not available in large numbers at the time the invasion commenced. [150] Furthermore, in the autumn of 1939, the Soviets disbanded their mechanized corps and partly dispersed their tanks to infantry divisions; [151] but following their observation of the German campaign in France, in late-1940 they began to reorganize most of their armored assets back into mechanized corps with a target strength of 1,031 tanks each. [127] But these large armoured formations were unwieldy, and moreover they were spread out in scattered garrisons, with their subordinate divisions up to 100 kilometres (62 miles) apart. [127] The reorganization was still in progress and incomplete when Barbarossa commenced. [152] [151] Soviet tank units were rarely well equipped, and they lacked training and logistical support. Units were sent into combat with no arrangements in place for refueling, ammunition resupply, or personnel replacement. Often, after a single engagement, units were destroyed or rendered ineffective. [142] The Soviet numerical advantage in heavy equipment was thoroughly offset by the superior training and organization of the Wehrmacht. [126] The Soviet Air Force ( VVS ) held the numerical advantage with a total of approximately 19,533 aircraft, which made it the largest air force in the world in the summer of 1941. [153] About 7,133– 9,100 of these were deployed in the five western military districts, [l] [153] [11] [12] and an additional 1445 were under naval control. [154] Development of the Soviet Armed Forces Compiled by Russian military historian Mikhail Meltyukhov from various sources [155] 1 January 1939 22 June 1941 Increase Divisions calculated 131.5 316.5 140.7% Personnel 2,485,000 5,774,000 132.4% Guns and mortars 55,800 117,600 110.7% Tanks 21,100 25,700 21.8% Aircraft 7,700 18,700 142.8%

Historians have debated whether Stalin was planning an invasion of German territory in the summer of 1941. The debate began in the late-1980s when Viktor Suvorov published a journal article and later the book Icebreaker in which he claimed that Stalin had seen the outbreak of war in Western Europe as an opportunity to spread communist revolutions throughout the continent, and that the Soviet military was being deployed for an imminent attack at the time of the German invasion. [156] This view had also been advanced by former German generals following the war.

Learn more about The Republic with Course Hero's FREE study guides and infographics! 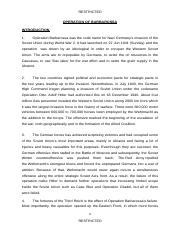 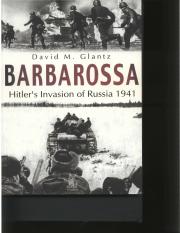 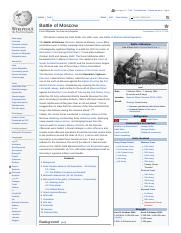 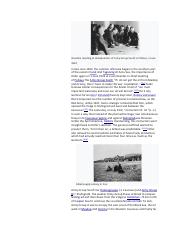 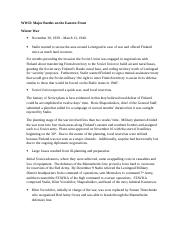 WWII and Battles on the Eastern Front.doc 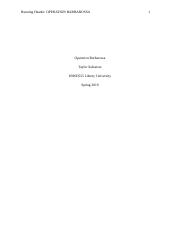