Rutgers University, Newark
SOCIOLOGY
SOCIOLOGY 326
the experience of those immigrant groups who have not come of their own free

The experience of those immigrant groups who have not

the experience of those immigrant groups who have not come of their own free will but who have been made to work under conditions of slav- ery, servitude, or peonage. These colonized minorities also meet a labor demand but one qualitatively distinct from that described by orthodox theory. They occupy positions at the bottom of the occupational struc- ture—not, however, positions vacated by domestic workers but rather ones requiring a particular class of worker since no free domestic labor can be found to perform them. In his classic analysis of plantation economies, Edgar Thompson noted the gradual development of this institution and its shift from white indentured servants to black slave workers. In areas of open resources, where land was far more abundant than labor, it was easier to recruit a workforce than to keep it. Indentured servants were not motivated to work for planters, since they were paid in advance, but they were highly motivated to escape and work for themselves. Natives were also diffi- cult to control. In the land of their birth, they would rebel or escape to remote places rather than submit to the planter’s yoke. It thus became necessary to locate a labor force fit for the hard labor but so alien that it would become entirely dependent on the planter’s providence. For such workers the plantation would not be a workplace but a “total institution,” where laborers spent their entire lives and with- out which they would lack the means of survival. Thus, the choice of African slaves and the transformation of plantations into social and political, as well as economic, organizations evolved together. Not until these developments had taken place did a racial ideology emerge as a means of legitimizing them. 37 The incorporation of a colonized minority to a host economy has been marked in general by two central features. First, the group is employed in nonurban extractive tasks, primarily mining and agricul- ture. Second, production is organized along precapitalist lines, where labor is subject, under various legal arrangements, to the will of employ- ers. The existence of labor under these circumstances gives rise, in turn, to ideologies that justify the situation in terms of racial or cultural dif- ferences and the need to educate and control the subordinate group. For Blauner the colonization process is marked by five major events: “First, colonization begins with a forced, involuntary entrance into the dominant society. Second, the colonizing power acts on a policy to con- strain, transform, or destroy the indigenous culture. Third, representa- tives of the dominant power administer the law and control the govern-

62 | Theoretical Overview ment bureaucracy. Fourth, there is a separation of labor status between the colonizers and the colonized. Fifth, racism develops as a principle through which people are seen as biologically inferior in order to justify their exploitation.” 38 The shift from precapitalist unfree arrangements to fully capitalist 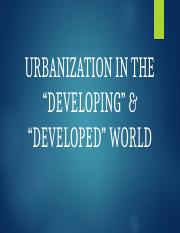 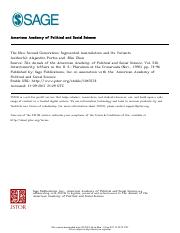 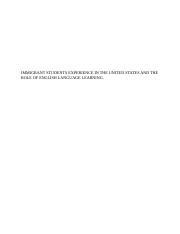 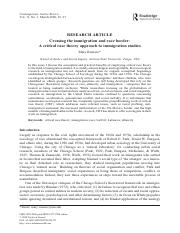 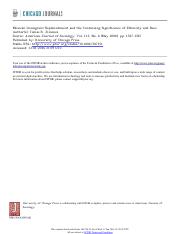 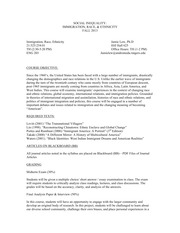