Participation around issues in order to capture the

participation around "issues" in order to capture the ubiquity, complexity and variety of women’s agency in movements. The efforts by feminist scholars to think about women’s movements and women in movements make clear that while self-consciously feminist movements are a relative rarity, women’s movements are numerous, and women’s participation in mixed-gender movements is and has been ever-present. Indeed, feminist sociologists do not seem to distinguish women’s movements theoretically from other kinds of social movements, using and contributing to existing theory in their research on women; what is seen as exceptional about women’s movements is that they are led by women and for women. However, this lack of theoretical distinction between women’s movements and other kinds of movements in the making of definitions masks very real differences in the experience of activism for women on the ground, especially (but not only) when they work together with men. Women have made their own movements or have been part of mixed-gender social movements because women are never just women. They are members of social classes; they are workers; they belong to racial/ethnic/national/sexual communities seeking expression, seeking inclusion, and redress from authority. But it has also been the case that women have found both making their own movements and organizing within mixed-gender groups to be difficult because of their gender. The first problem, and the one common to women in their own movements or in mixed-gender movements, is the construction of the public sphere, and therefore the political sphere, as male. While the possibilities for social movement activism were generated by the changes brought about by industrialization and urbanization, those two processes also fueled the ideology of “separate spheres”--the identification of public life as the proper realm of the “male” and domestic life as the proper realm of the “female.” A woman in public political life transgressed her proper space, and transgressed her proper role. As such, separate spheres ideology raised the question of whether women could legitimately protest in public at all, instituting a burden on women’s political participation not shared by men, who were assumed to be acting properly as men in “doing” protest politics. The ideology of separate spheres, and the identification of public political space as male certainly still exists, even if it has less force with each female incursion into that space, and with each challenge to the ideology. One of the recurring and most moving themes that one sees in the stories of women’s public protest is how their very participation in movements changes their conception of themselves and their role in their communities, even when their protest is in defense of traditional values (Kaplan 1982; Kingsolver 1996 [1983]; Naples 1998). Social space is remade and women’s lives are remade by protest action, sometimes at great personal cost. Of course, participation in social activism by men can be life-changing-- 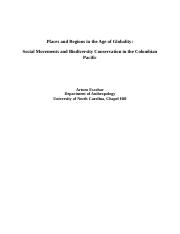 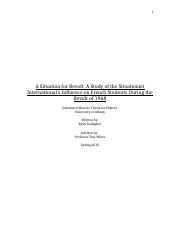 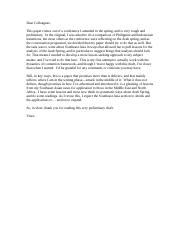 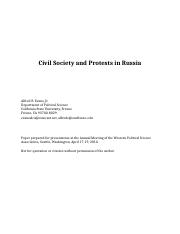 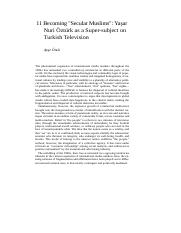 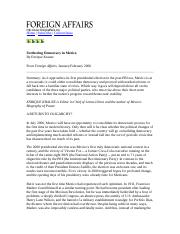