Electron beam deposition with or without ion as

Electron Beam Deposition (with or without Ion As- sistance), Ion Beam Sputtering or Magnetron Sput- tering. These samples were produced at the In- stitut Fresnel, the CILAS company and the RE- OSC company. Mixtures of oxides and fluorides made by the co-deposition of two source materials were also studied (deposited by the Laser Zentrum Hannover - Germany and the Center for Physical Sciences and Technology - Lithuania): mixtures of AlF 3 -Al 2 O 3 , Al 2 O 3 -SiO 2 , HfO 2 -SiO 2 , Nb 2 O 5 -SiO 2 , Sc 2 O 3 -SiO 2 , Ta 2 O 5 -SiO 2 , ZrO 2 -SiO 2 . These mate- rials are of particular interest for laser applications, the most important property of these films being the tailoring of optical constants (refractive index and bandgap energy). The mixture coatings were fabricated in an ion beam sputtering process ap- plying a zone target assembly. A more detailed de- scription of the coating plants and some aspects of the deposition process are published in [6, 9, 12, 16]. Results obtained on metallic films (Ag, Pt) [10] are also reported . All coatings were deposited on fused silica sub- strates, except AlF 3 -Al 2 O 3 samples that were de- posited on MgF 2 substrates [12] and metallic films that were deposited on polymers. Some exper- iments were conducted on coatings deposited on substrates with different polishing grades and no distinguishable difference in the intrinsic LIDT be- tween samples deposited on the substrates with the different polishing qualities were found (Ref. [9]). The bulk materials come from different ven- dors as windows for laser applications (CVI- Melles Griot, Edmund Optics, Eksma). Wide-gap, narrow-gap and semi-conductor materials were se- lected in order to compare optical coatings to their bulk counterpart and to extend the range of inves- tigated materials: Al 2 O 3 , BaF 2 , CaF 2 , Ge, KBr, LiF, MgF 2 , NaCl, Quartz, Si, ZnS, ZnSe and dif- ferent silica glasses. All coating samples and some bulk samples have been characterized with spectrophotometry at close to normal incidence in order to determine their op- tical properties. For the case of thin films, the re- fractive indices, extinction coefficients and physi- cal thickness were determined from the fit of trans- mittance and reflectance measurements in the low- absorptance spectral region with numerical meth- ods. The optical bandgap values were determined from the absorption coefficient by plotting ( αE ) 1 / 2 as a function of the photon energy and extrapo- lating the linear curve progression. For bulk sam- ples the refractive indices were taken from tabu- lated data [17] and the optical bandgap values were either determined from measurements, from tabu- lated data [17] or provided by the vendor. It was noticed that depending of the quality of the samples the bandgap could be very different from reported data and although it was not possible to do it for all samples in this study, measurements are useful for interpretation of laser damage measurements (the nonlinear ionization processes are directly depen- dent on the optical bandgap value). The details of

Most Popular Documents for MSE 200A 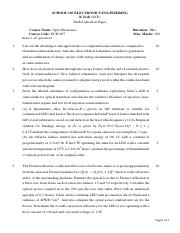 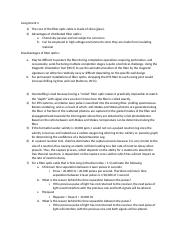 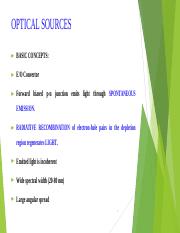 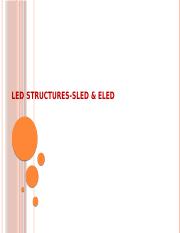 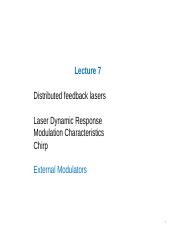 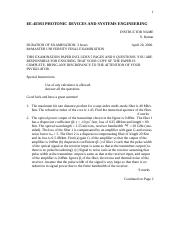