University of Texas, Arlington
OES
OES 3016
Both the agreements bring the companys revolving facilities to a value of

Both the agreements bring the companys revolving

Both the agreements bring the company’s revolving facilities to a value of USD2.06 billion. In August 2015, SEC revealed its plans for raising revolving credit facilities (RCF) spilt into a Saudi Riyal tranche and a US Dollar tranche in order to support its capital expenditure programme. The RCF will act as a bridge between the proceeds of any long-term finance and the ongoing investment requirements. This will provide SEC with a proper and harmonious financing mix to support its capital expenditure and achieve the optimum utilisation of cash resources, and reduce liquidity and financing costs. China EXIM bank and Côte d’Ivoire sign USD778 million loan deal A USD778 million loan deal was signed on December 16, 2015 between Côte d’Ivoire government and the Import Bank of China (China Exim Bank) for the rehabilitation and development of the electricity grid in Côte d’Ivoire (Ivory Coast). The financing will fund the construction of 13 new transformer substations and the rehabilitation of 14 others as well as nearly 2,000 km (1,240 miles) of new high-tension lines. The project would cost a total of USD854 million, with the remaining funding coming from the Côte d’Ivoire government. China has numerous projects in Ivory Coast, including the construction of a EUR380 million hydroelectric dam, with its total active financial commitments topping out at about EUR1.4 billion. The country aims to massively expand access to electricity, targeting a doubling of output by 2020, while the national authorities plan to invest USD18 billion in the energy sector by 2030, with a large portion of the investment coming from the private sector. (EUR1=USD1.09) AfDB approves USD375 million loans for Eskom On December 21, 2015, the African Development Bank (AfDB) has approved a USD375 million loan and a corresponding A and B syndicated loan structure for up to USD750 million to support the Capacity Expansion Program (CEP) of the South Africa’s vertically-integrated power company Eskom Holdings SOC Limited. Under the A and B loan structure, the Bank acts as the ‘lender of record’ of the ‘loan on record’, under which the A loan is the amount of the loan that the bank has agreed to keep for its own credit while the B loan is the portion of the loan that is syndicated to commercial financial institutions. The approved loan is being financed through the bank’s private sector window. The programme will be rolled out over a five-year rolling period (2015–2020), and will contribute to a comprehensive expansion of South Africa’s generation capacity and transmission network. Through the CEP, Eskom will maintain and rehabilitate nearly 8,000 MW of installed capacity, while adding 10,986 MW base load capacity, including a 1,332 MW renewable energy peaking station. It will also expand Eskom’s transmission network by 9,756 km, thereby connecting Eskom’s new generation as well as the nearly 90 independent power producers under the Government of South Africa’s Renewable Energy Independent Power Producer (RE IPP) Program. 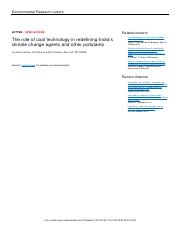 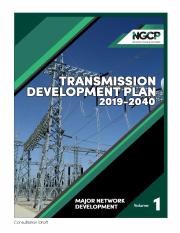 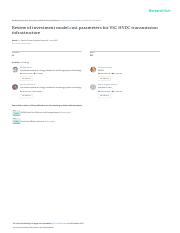 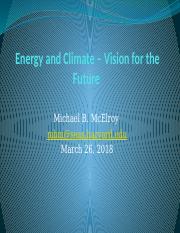 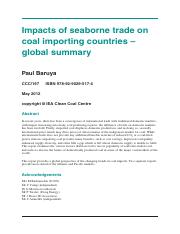 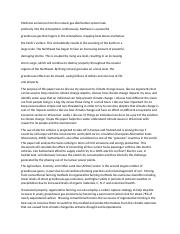