Liabilitas Imbalan Paska-Kerja Beban dari program pensiun dan nilai kini dari kewajiban pensiun ditentukan dengan menggunakan metode projected-unit-credit . Penilaian aktuaris termasuk membuat variasi asumsi yang terdiri dari, antara lain, tingkat diskonto, tingkat pengembalian dana pensiun yang diharapkan, tingkat kenaikan kompensasi dan tingkat kematian. Dikarenakan kompleksitas dari penilaian dan dasar asumsinya dan periode jangka panjang, kewajiban manfaat pasti sangat sensitif terhadap perubahan asumsi. The original consolidated financial statements included herein are in the Indonesian language. PT ALKINDO NARATAMA Tbk AND SUBSIDIARIES NOTES TO THE CONSOLIDATED FINANCIAL STATEMENTS (Continued) As Of September 30, 2018, December 31, 2017 And December 31, 2016 And For The Nine-Month Periods Ended September 30, 2018 And September 30, 2017 (Unaudited) And For The Years Ended December 31, 2017 And December 31, 2016 (Expressed in Rupiah, Unless Otherwise Stated) 3. SOURCE OF ESTIMATION UNCERTAINTY (Continued) Allowance for Impairment of Trade Receivables The Company and its Subsidiaries evaluate specific accounts where it has information that certain customers are unable to meet their financial obligations. In these cases, the Company and its Subsidiaries use judgment, based on available facts and circumstances, including but not limited to, the length of its relationship with the customer and the customer’s current credit status based on any available third party credit reports and known market factors, to record specific provisions for customers against amounts due to reduce its receivable amounts that the Company and its Subsidiaries expect to collect. These specific provisions are reevaluated and adjusted as additional information received affects the allowance for impairment. The carrying amount of receivables are disclosed in Note 5. Depreciation of Fixed Assets The costs of fixed assets are depreciated on double declining balance and a straight-line over their estimated useful lives. Management property estimates the useful lives of these fixed assets to be within 4 - 20 years. These are common life expectancies applied in the industries where the Company dan its Subsidiaries conducts its businesses. Change in the expected level of usage and technological development could impact the economic useful lives and the residual values of these assets, and therefore future depreciation charges could be revised. The net carrying amount of the Company and its Subsidiaries fixed asets as of September 30, 2018 amounting to Rp149,041,657,083 (December 31, 2017: Rp147,610,455,698; December 31, 2016: Rp111,122,445,703). Further details are disclosed in Note 8. Liability for Post-Employment Benefit The pension cost and the present value of the pension obligation are determined using the projected-unit-credit method. Actuarial valuation includes making various assumptions which consist of, among other things, discount rates, expected rates of return on plan assets, rates of compensation increases and mortality rates.

Most Popular Documents for EKONOMI 199 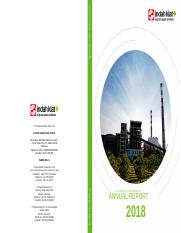 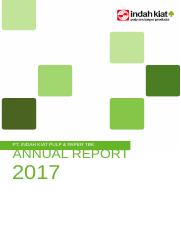 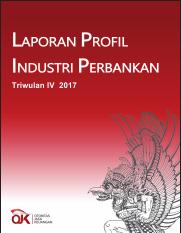 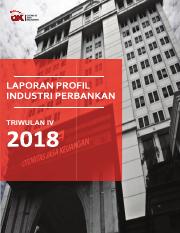 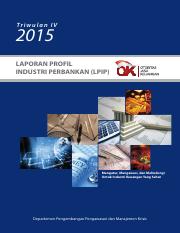