This preview shows page 6 out of 6 pages.

metal sulfides are insoluble in water. The change in acidity caused by the H 2 S caused the metal sulfides to precipitate out. With the shift in pH from left to right, ions were able to precipitate out during the reaction. The errors, or false positives, that have come up in the reaction could be caused by the contamination of reagents, not cleaning the lab equipment properly after each use or not measuring the precise amount of substance to cause a reaction to occur. Conclusion In this analysis of cations, it was important that I first was able to identify the cations in a known solution, allowing me to develop precision, accuracy and analyzing skills that were made useful in identifying the unknown solution. After completion, I was able to find all 5 out of 5 cations, Ag +1 , Hg 2 +2 , Pb +2 , Cu +2 , Ni +2 , with a partial positive for Bi +2 . Two important principles in the conduction of qualitative analysis of an unknown is confirmatory tests and separations. Confirmatory tests determine whether a certain ion is present. Separations are the procedures that separate groups of ion from another group, which is then followed by confirmatory test. These techniques were performed several times within each group of this experiment. References Brown, T., LeMay, H., & Bursten, B. (2000). Chemistry. Upper Saddle River, N.J.: Prentice Hall. Qualitative Analysis. (2016). Wiredchemist.com. Retrieved 31 October 2016, Qualitative Analysis of Cations. (2016). Retrieved 31 October 2016, from 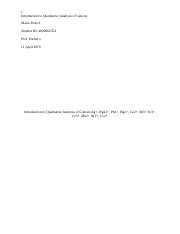 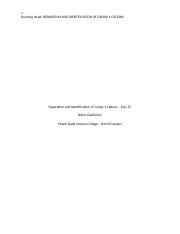 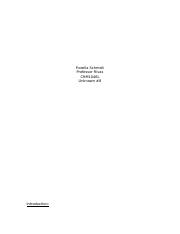 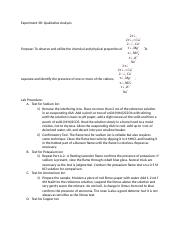 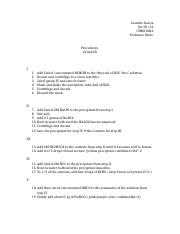 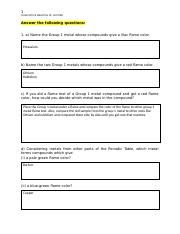