The politician got upset when he found his views had

The politician got upset when he found his views had been ( ) by the journalist’s misleading article. 1 adopted 2 distorted

119 M iurA & B egLAr 3 implied 4 proclaimed ( Eiken , 2001b, p. 106) Because of the frequency-sensitive nature of second language vocab- ulary acquisition, the higher the frequency level of a particular word, the higher the probability it is known. 3 In the above item, option 1 ( adopted ) is one of the most frequent 1,000 words of English, options 2 ( distorted ) and 3 ( implied ) are part of the AWL, and option 4 ( proclaimed ) is a low frequency item. This mixing of words from very different frequency lev- els increases the likelihood that a relatively high frequency option such as adopted will not function effectively as a distractor in the presence of lower frequency vocabulary because many examinees will be able to eliminate it relatively easily, or, if it is the correct option, choose it with little difficulty (see Haladyna, 1994 for an extensive review of multiple- choice item functioning and distractor analysis). The fourth point concerns the similarity of the lexical profiles of the third, fourth, and fifth levels. Although each of these levels is ap- propriately focused on high frequency vocabulary, the lack of a shift in emphasis from the first to the second 1,000 word families suggests that there is no significant change in difficulty from one level to the next given the well-known influence of word frequency on lexical acquisi- tion. We investigated this possibility more closely by randomly selecting 25 words each from the third, fourth, and fifth level vocabulary options and checking the precise frequency of those words with the Carroll, Davies, and Richman (1971) word frequency list. The fifth level test form was essentially a test of the 500 most frequent words of English and, as such, was easier than the third and fourth level tests. However, the com- position of the third and fourth level tests was extremely similar in terms of word frequency. In addition, when all of the third and fourth level options were compared, it was found that 22.8% (38 out of 167 types) were included on both test levels. This degree of overlap is troubling on tests that are purported to be aimed at different proficiency groups. Fifth, the major difference at the first level concerns a change made by Eikyo between the June and October 1999 administrations. As shown in Table 3, the 1998 and June 1999 administrations display consistent profiles, but the test writers appear to have made the test more diffi- cult beginning with the October 1999 administration, at which time the test becomes almost entirely composed of low frequency vocabulary.

120 JALT J ournAL Inconsistencies also appear in the pre-first and second level test forms. For instance, the June 1998 pre-first level test appears to be consider- ably easier than the October 2000 administration based on the amount of low frequency vocabulary tested on each form—46.7% versus 70.8%. 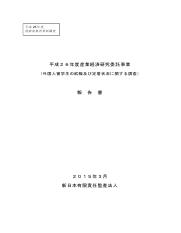 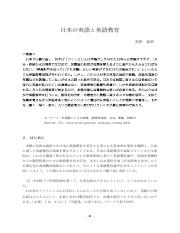 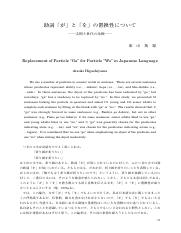 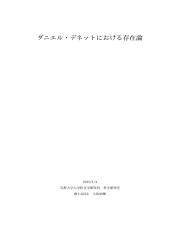