5. An order was issued staying Harley Davison’s eviction pending a final decision on the Article 78 petition. 6. Court calendar congestion and requests for adjournments have delayed the return date of this Article 78 proceeding. 7. Harley Davison was not required to pay Gotham City income taxes in 2016 or 2017. 8. No other stipulations shall be made between the petitioner/plaintiff/prosecutor and the respondent/defense, except as to the admissibility of evidentiary exhibits provided herein.

2018-2019 Mock Trial Case (Final Version Nov 5 2018) – Includes all corrections made as of FEB 7, 2019 (rev. 2019.02.07) 57-R2 AFFIDAVIT OF HARLEY DAVISON 1. My name is Harley Davison, a name given to me by my father. He was a motorcycle enthusiast since his young adulthood and owned a Hog, which is the nickname for a Harley-Davidson motorcycle. My parents, who lived in Wisconsin, passed away in the summer of 2015 following a fatal crash during a cross-country tour on their Hog. 2. I am 39 years old and have resided in Gotham, State of Nirvana for the past 7 years. I am somewhat of an artist, specializing in repurposing trash and recyclables into sculptures. Someday, the whole world will know and appreciate my work. 3. I couldn’t wait to get away from my parents in Wisconsin. Although they were free -spirits at heart, they wanted to be overly-controlling of me. Anyway, I really miss them now. Since moving to Nirvana from Wisconsin in June 2011, I resided in several flop houses or with friends I met at some of the “watering holes” on the Bowery, like my favo rite bar/restaurant, Bikers’ Lounge. After re - establishing contact with my great aunt, Barbra Stone, I have resided with her in Gotham since February 1, 2016, except for the brief time when I was incarcerated at Rikers Island. I went to live there so that I could assist in her care and well- being. My aunt Barbra, my mother’s aunt, and I resided at 126-34 West Huron Street, Apt. #110, in Gotham. Aunt Barbra, in 1968, moved to Gotham from Chicago, where she and my mother were born and grew up, at different times of course. Aunt Barbra, who never married and was childless, resided in Apt. #110, a rent-controlled apartment, since moving to Gotham. She died on March 15, 2018 at the age of 95. 4. On March 19, 2018, I found the document Aunt Barbra had sent to the City of Gotham’s Department of Housing Preservation and Development (DHPD) in February 2018, informing them that I was a family member, that I permanently reside in the apartment, and that I was entitled to take over the apartment whenever she vacated the apartment. On March 26, 2018, I sent a letter to DHPD, which manages the apartment building on behalf of city, expressing my intention to take over Aunt Barbra’s apartment. On April 2, 2018, I went down to the DHPD to fill out the application for the apartment. I had a copy of Aunt Barbra’s death certificate with me. I assumed the process would be rather simple, so I did not use a lawyer. Quite to my surprise, DHPD denied my application by a decision dated May 16, 2018, making the preposterous claim that I had not resided in the apartment for two consecutive years as required by some obscure city regulation. 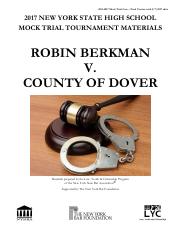 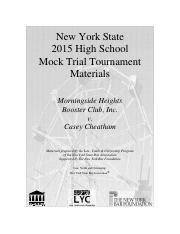 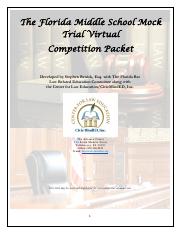 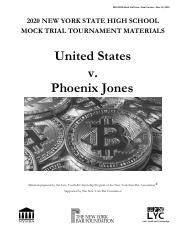 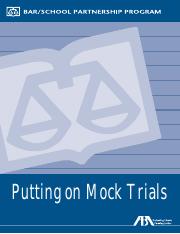 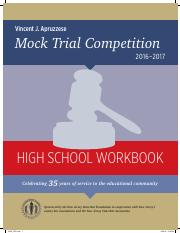