University of California, Berkeley
MUSIC
MUSIC n26ac
Each race is noble when the line is clear But mingled bloods defile each other

Each race is noble when the line is clear but mingled

Each race is noble when the line is clear But mingled bloods defile each other 179 Ibid., 110.

301 It is the law. Unaware that Lionel was engaged to Amy, Shanewis angrily turns toward Lionel and chastises him for seeking her love. She sings, Be silent! Let me speak For half a thousand years Your race has cheated mine With sweet words and noble sentiments Offering friendship, knowledge, protection. With one hand you gave—niggardly, With the other you took away—greedily! The lovely hunting grounds of my fathers You have made your own; The bison and the elk have disappeared before you, The giants of the forest are no more. Your ships infest our rivers, Your cities mar our hills. What gave you in return? A little learning, a little restless ambition, A little fire water, And many many cruel lessons in treachery! Take him, —base example of a deceiving race! I surrender him to Amy, and thus repay my debt to you. Shanewis pledges to redeem herself by going “into the forest, near to God I go.” Lionel protests Shanewis’ decision but is soon killed with the poisoned arrow by Harjo, and the opera draws to a close. 180 Although the plot is extremely formulaic, the details of the pow-wow, placing it clearly in a modern setting, represent a significant digression from the typical depictions of Indian dances and songs as constructed by Indianist composers. The Fourth of July setting, modern dress, ford automobiles, white (paying) spectators, and a jazz band 180 The full text of the opera, and the source of the synopsis and quotations I have provided, is located at Stanford University’s opera information server, Opera Glass .

302 convey the incorporation and adaptation of various modern influences within the framework of an Oklahoma pow-wow. The questions of “pure” bloodlines, and the “evils” of miscegenation, accurately portray the fears of white society wishing to remain strictly white, while Shanewis’ simultaneous condemnation of white society by her “noble” decision to return to the forest, critique the history of Indian-white relations and capture the views of antimodern primitivists who sought reform of the Indian bureau’s program of assimilation. That Cadman, Blackstone and Eberheart designed their opera as “modern” despite the fact that most performances of Indianness evoke tradition, speaks volumes about their endeavors. Cadman actually argued that the opera was not an Indian opera. Instead, he claimed, “it deals with contemporary people in contemporary surroundings, and the principal woman character is Indian and the second scene passes in Oklahoma in an Indian reservation, the work does not in any way fill the ordinary definition of an Indian opera.” 181 In the forward to the score and text, he added, “there is no reason why this work should be labeled an Indian opera. Let it be an opera upon an American subject, or, if you will, an American opera.” 182 The opera debuted at the Metropolitan Opera House on March 23, 1918, and was performed eight times in two consecutive seasons. 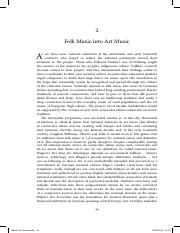 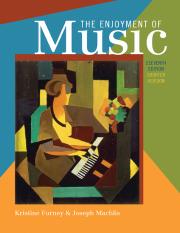 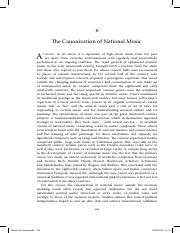 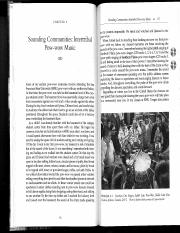 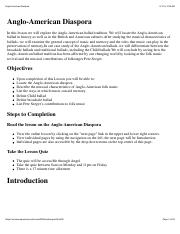