(1983), and Kalay and Lowenstein (1996) as noted in Baker et al (2002). However, consistency in findings in respect of dividend signaling models, have not been achieved over the years. Studies conducted by De Angelo, De Angelo and Skinner (2004) did not support the hypothesized relation between dividend policies and future earnings. According to Frankfurter et al (2002), advocates of the signaling theories believe that corporate dividend policy is a cheaper medium of conveying private information to the markets than any other media forms. Frankfurter et al (2002) [8] states that the use of dividends as signals imply that alternative methods of signalling are not perfect substitutes. 2.10 Bird-in-the-hand theory According to Kapoor ( 2009) [14] , the essence of the bird- in-the-hand theory of dividend policy (advanced by John Litner in 1962 and Myron Gordon in 1963) is that shareholders are risk-averse and prefer to receive dividend payments rather than future capital gains. Shareholders consider dividend payments to be more certain than future capital gains – thus a “bird in the hand is worth more than two in the bush”. Gordon 2003 contended that the payment of current dividends “resolves investor uncertainty”. Investors have a preference for a certain level of income now rather than the prospect of a higher, but less certain, income at some time in the future. The key implication, as argued by Litner and Gordon, is that because of the less risky nature dividends, shareholders and investors will discount the firm‟s dividend stream at a lower rate of return, “r”, thus increasing the value of the firm‟s shares. According to the constant growth dividend valuation (or Gordon‟s growth) model, the value of an ordinary share, SV0 is given by: SV0 = D1/(r-g) Where the constant dividend growth rate is denoted by g, r is the investor‟s required rate of return, and D1, represents the next dividend payments. Thus the lower r is in relation to the value of the dividend payment D1, the greater the share‟s value. In the investor‟s view, according to Linter and Gordon, r, the return from the dividend, is less risky than the future growth rate g. M&M argued against this and referred to it as the bird-in- the-hand fallacy. In their irrelevancy model, M&M assume that the required rate of return or cost or capital, r, is independent of dividend policy. They maintain that a firm‟s risk (which influences the investor‟s required rate of return, r) is a function of its investment and financing decisions, not its dividend policy. M&M contend that investors are indifferent between dividends and capital gains – that is, they are indifferent between r and g is the dividend valuation model. The reason for this indifference, according to M&M, is that shareholders simply reinvest their dividends in share of the same or similar risk companies.

Most Popular Documents for EKONOMI 1 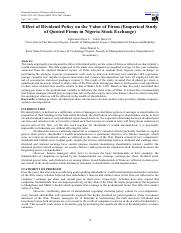 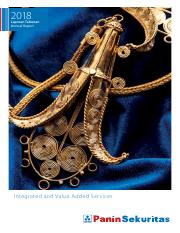 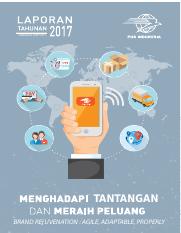 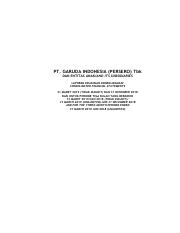 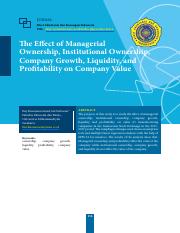 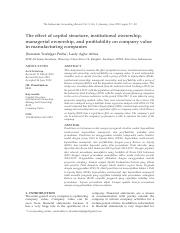