University of California, Los Angeles
HIST
HIST 1a
The attendant of Attila first entered with a dish full of meat and behind him

The attendant of attila first entered with a dish

This preview shows page 6 out of 6 pages.

without leaving his seat. The attendant of Attila first entered with a dish full of meat, and behind him came the other attendants with bread and viands, which they laid on the tables. A luxurious meal, served on silver plate, had been made ready for us and the barbarian guests, but Attila ate nothing but meat on a wooden trencher. In everything else, too, he showed himself temperate; his cup was of wood, while to the guests were given goblets of gold and silver. His dress, too, was quite simple, affecting only to be clean. The sword he carried at his side, the latchets of his Scythian shoes, the bridle of his horse were not adorned, like those of the other Scythians, with gold or gems or anything costly. When the viands of the first course had been consumed we all stood up, and did not resume our seats until each one, in the order before observed, drank to the health of Attila in the goblet of wine presented to him. We then sat down, and a second dish was placed on each table with eatables of another kind. After this course the same ceremony was observed as after the first. When evening fell torches were lit, and two barbarians coming forward in front of Attila sang songs they had composed, celebrating his victories and deeds of valour in war. And of the guests, as they looked at the singers, some were pleased with the verses, others reminded of wars were excited in their souls, while yet others, whose bodies were feeble with age and their spirits compelled to rest, shed tears. After the songs a Scythian, whose mind was deranged, appeared, and by uttering outlandish and senseless words forced the company to laugh. After him Zerkon, the Moorish dwarf, entered. He had been sent by Attila as a gift to Aetius, and Edecon had persuaded him to come to Attila in order to recover his wife, whom he had left behind him in Scythia; the lady was a Scythian whom he had obtained in marriage through the influence of his patron Bleda. He did not succeed in recovering her, for Attila was angry with him for returning. On the occasion of the banquet he made his appearance, and threw all except Attila into fits of unquenchable laughter by his appearance, his dress, his voice, and his words, which were a confused jumble of Latin, Hunnic, and Gothic. Attila, however, remained immovable and of unchanging countenance nor by word or act did he betray anything approaching to a smile of merriment except at the entry of Ernas, his youngest son, whom he pulled by the cheek, and gazed on with a calm look of satisfaction. I was surprised that he made so much of this son, and neglected his other children but a barbarian who sat beside me and knew Latin, bidding me not revea what he told, gave me to understand that prophets had forewarned Attila that his race would fall, but would be restored by this boy. When the night had advanced we retired from the banquet, not wishing to assist further at the potations. 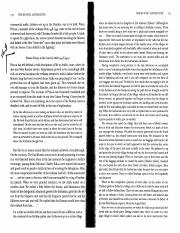 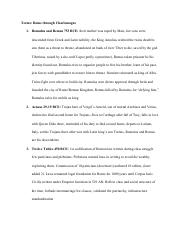 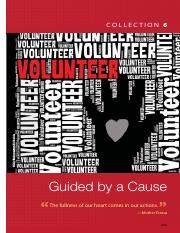 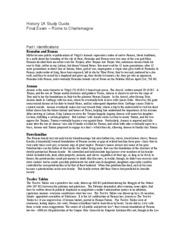