Yet these sexual and violent aspects contribute to

Yet these sexual and violent aspects contribute to their religious meaning. The story of Leda and Zeus, in particular, offers a case study through which to explore what these stories convey about the relationship of Zets to mortals. -

110 CHAPTER 3 ZEUS AND HERA Leda and the Swan. Morble relief Fifth io fourth century acr' Greek Notionol Archoeologicol Museum, Aihens' Greece Gionnr Dogli Orti/The Arf Archive ot Arf Resource, NY, AA3B942\ ' Zeus approaches Leda, wife of the Spartan king Tyndareus, in the form of a swan' He impregnates her, and she gives birth to Helen and Pollux' At the same time, she gives birth to Clytemnestra and Castor' who were fathered by Tyndareus' (The last section of this chapter explores how modernist poets respond to this particular myth about Zeus') Two representations of Zeus and Leda indicate that the ancients depicted this encounter sometimes as a violent, nonconsensual act and at other times as a playful seduction' In the marble relief, the strangeness and violence of Zeus's attack is emphasized as Leda tries to release her thighs from his talons (Figure 3'5), whereas the standing sculpture shows Leda embracing the swan lFigure 3.6). Among the many depictions of Zeus and Leda found on vases, oil lamps, mirrors, and sculp- tural reliefs, relalively few depict the swan oYerpower- ing her with physical force as in Figure 3'5' Zeus' like all the gods, has other means at his disposal when he wishes to seduce-beauty, grace, divinity, even a sweet fragrance. Wh.y, then, would he resort to violence? The struggle portrayed on the marble relief sug- gests that human beings cannot escape the will of Zeus orthe limits of their mortality' It also conveys a palpable fear ihat the gods may be indifferent or cruel in their passion toward irumankind. on the other hand, the beauty and hope of semidivine offspring (many of whom grow up to be legendary heroes and heroines) may be a consola- tion for the human condition. Moreover, it is precisely the fluctuations between female consent and resistance and between divine violence and grace in these tales that convey a range ofhuman sentiments, even ambivalence, toward zeus. Greek myth evokes what one eminent scholar calls the "hard realism" of early Greek religion. The gods lent beauty and grace to the human world' but they did not offe.ii"f zu (and indeed in some instances they directly caused) human suffering. Neither negated or compensated for the other' In Greek myths and religious practices, the world was imagined to be eminently beautiful as well as difficulU so, too, were the gods, with Zeus at their helm' HERA zeus andHera are brother and sister, the children of Rhea and cronus. They are also husband and wife, which makes them unique among the Greek gods (whodonot,asarule,marrytheirsiblings)'Theirmarriageischaracterized iy U"r"', fidelity and Zeus's'philandering' Hera remains monogamous and .-- -{

3.I HISTORT ORDER AND REBELLION marries no other god. 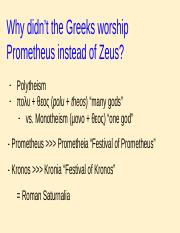 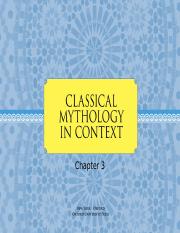 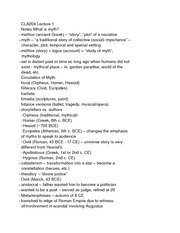 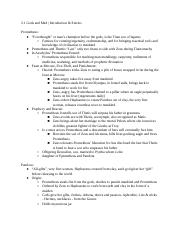 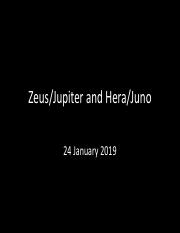