costs of raising revenue, efficient and effective public spending, strengthened decentralization in government, and public finance consistent with poverty alleviation. Progress simultaneously on all fronts will be difficult to attain in most countries. Nonetheless, neglect of any one area can easily lead to problems in the others. A comprehensive approach to public finance reform is therefore essential to produce consistent policy advice and to implement sustainable reform. Public financing is a very important mechanism for development. It is needed to solve side effects by encouraging or restrict certain activities. It also provides government programs that moderate the incomes of the wealthy and poor. These programs include social security, welfare, and other social programs. The government redistributes income by collecting taxes from their wealthier citizens to provide resources for their needy ones. The taxes fund programs that help support people with low incomes. The rationale of public finance and the role of government in development from the paper are clearly explained. Public finance is the management of a country’s revenue, expenditures, and debt load through various government and institutions. This paper provides an overview of how public finances are managed, what the various components of public finance are, and how to easily understand what all the numbers mean. The main components of public finance: tax collection, budget, expenditure, and national debt are clearly analyzed in the paper. 3

SUMMARY ON ARTICLE 3 : Keech, W. R., Munger, M. C., & Simon, C. (2012). Market failure and government failure. In Public Choice World Congress, Miami (Vol. 164, No. 1-2, p. 1). The main objective of the authors was to justifies and analyze that, market failure and government failure is the for government action in neoclassical welfare economics. The second part of the theory asserts that when the competition is imperfect, the consequent “market failures” can and should be corrected by the government. Economic elites, such as corporate CEOs, are assumed to be selfish utility maximizes, but political elites are assumed to be altruistic servants of the public trust. The researchers addressed that problem in two steps. First, they elaborate on the generalized anatomy of organizational failure. Second, it also shows fit both market failure and government failure into this framework, on the same footing and judged by the same criteria. According to (William, Michael, and Carl) they distinguish two settings for market processes: The first is the "invisible hand" world of private goods, decreasing returns, and full information where general equilibrium and the fundamental theorems of welfare economics are well defined. The second is the "pin factory" world of increasing returns and creative destruction arising from innovation, technological change, and entrepreneurship. According to, Shepsle and Weingast proposed that it is possible to judge political solutions and market problems on the same metrics. 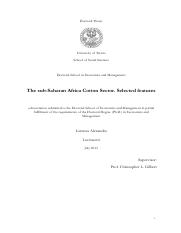 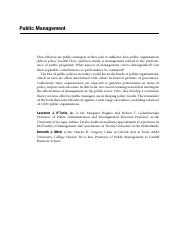 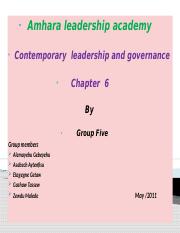 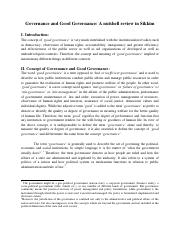 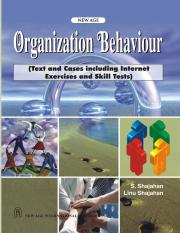 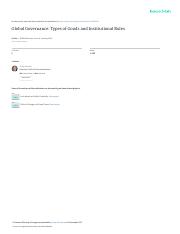