The Allied College of Education, Gujranwala
BUSINESS
BUSINESS 102
communities unlike previous researches which dwell on a macro analysis of

Communities unlike previous researches which dwell on

communities, unlike previous researches which dwell on a macro analysis of ‘resource curse’, ‘resource abundance’ and ‘resource scarcity’, and forgoes the importance of the micro-level analysis represented by local activities (struggle for power, access to control of handouts from oil resources). Incidentally, many violent conflicts in the oil village communities are non-state

41 conflicts and violence with evidence showing effects of ‘oil curse’, ‘environmental scarcity’ and ‘oil abundance’ at the local level. Therefore, it is evident that oil resources, like other natural resources, have “played a conspicuous role in the history of armed conflicts” (Le Billion, 2001:562), but more obviously, they have continued to fuel violent conflicts (mostly non-state conflicts) in the communities or areas of their production activities. 2.4.1 Examining Oil rent, Rent-seeking and Oil Resources Conflicts The explanation below by Watts (2007) depicts a picture of a typical petro- state, accordingly: The heart of the petro-state state is unearned income, and its central dynamic is the fiscal sociology of the distribution of and access to oil rents. The oil revenue distribution question – whether in a federal system like Nigeria or in an autocratic monarchy like Saudi Arabia – is an indispensable part of understanding the combustible politics of imperial oil. (Watts, 2007:642) As noted in Section 2.2, oil resources, like other natural resources, are considered by some scholars and leaders of resource-rich countries as new avenues which could provide the resources necessary for oil producing states to achieve a level of development like the countries classified as developed. However, the inability of many natural resource-rich countries, especially those with abundant oil resources, with high external earnings from oil to transform their countries into appreciably, visibly and sustainably developed economies, has remained a puzzle. There have been questions as to why these states are experiencing violent conflicts and wars in the midst of such oil wealth. Just as it is described as “the devil’s excrement” 19 , oil is today often linked to the economic and political failures of these petro-states (Karl, 1997). Such reliance on oil revenue, which is 19 Karl’s (1997:4) nickname for Petroleum to show its double sided nature, especially its negative aspect.

42 referred to as ‘oil rent’ 20 , has today broadened out the issue of ‘rentierism’ 21 . Ross (1999:312) opines that “theories of rentier state centered on the fact that when governments gain most of their revenue from external sources such as resource rents ... they are freed from need to levy domestic taxes and become less accountable to the societies they govern.” This explanation lends support to one of the famous theses on The paradox of oil resources, Petro-state and oil rent by Terry L.Karl. Here, Karl (1997) putting in perspective the nature of oil revenue argued that: Dependence on petroleum revenue produces a distinctive type 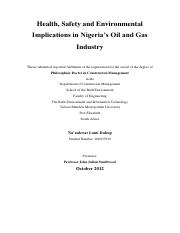 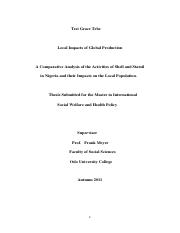 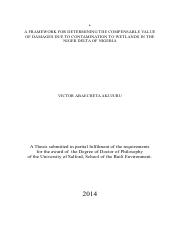 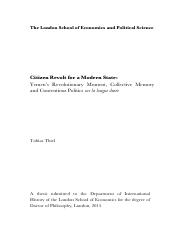 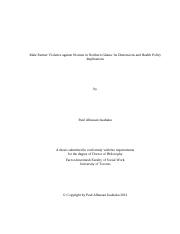 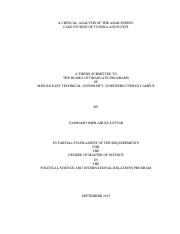