University of Texas, Arlington
NUR
NUR 5315
any individual who has had contact with the healthcare system persons who have

any individual who has had contact with the healthcare system, persons who have received infusion therapy or dialysis or have resided in a nursing home within 90 days of the diagnosis VAP (Ventilator Associated Pneumonia): occurs in 9- 27% of individuals who require intubation -Klebsiella: common in

bacilli forming granulomatous lesions called tubercles, infected tissue within the tubercle die forming cheese-like material called caseation necrosis Once the bacilli are isolated in the tubercle and immunity develops, TB may remain dormant for life When immune system is impairs, progressive action disease occurs and may spread through the blood and lymphatics to other organs Pulmonary Malignancies 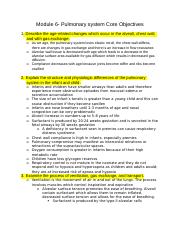 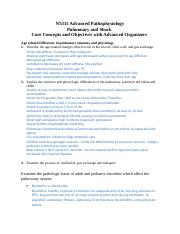 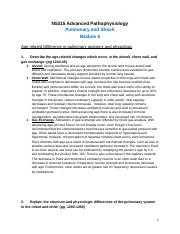 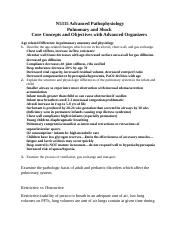 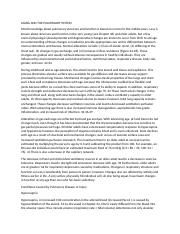 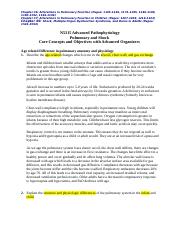