Plagiarism is often presented as an increasing

Plagiarism is often presented as an increasing problem in higher education (Wilkinson 2009 , p. 98). Considerable academic literature has explored the topic of students’ pla- giarism and how it should be dealt with. However, only a small proportion has considered students’ perspectives (e.g. Blum 2009 ; Bretag et al. 2014 ; Dawson and Overfield 2006 ; Gullifer and Tyson 2010 ; Power 2009 ; Wilkinson 2009 ). Even fewer studies have con- sidered the connections between institutional policies and documents, and students’ understandings of plagiarism, and most of these rely on questionnaire or survey data (e.g. Gullifer and Tyson 2014 ). Thus, there is a paucity of in-depth analyses of students’ understandings of plagiarism and plagiarism policy. Researchers have hinted that there may be discrepancies between institutional expectations in regard to plagiarism and its avoidance, and students’ understandings of acceptable academic practice (e.g. Blum 2009 , p. 27; Bretag et al. 2014 , p. 1165). For example, some students may not understand the importance of avoiding plagiarism (Gullifer and Tyson 2010 ; Power 2009 ), and some may believe plagiarism can only happen through deliberate deception regarding authorship, thus failing to recognise that they may inadvertently plagiarise (Valentine 2006 ). Other students may understand the need to acknowledge when they have quoted another author’s words, but lack an understanding that they must also acknowledge ideas (McCabe et al. 2001 ). To understand such discrepancies, the aim of this article is to explore students’ discursive constructions of plagiarism, in relation to institutional plagiarism policy discourses. As well as contributing to the literature, it is hoped the findings can be used to examine the implications for student learning and inform institutional plagiarism policies, with a view to better supporting students in this area. Plagiarism as a discursive construction In this article we use the term ‘discourse’ to reflect a view of plagiarism as a social construct: a set of understandings that are constructed through language and social inter- actions (Gee 2005 ). In broad terms, ‘discourse’ refers to the words and phrases that people use in conversation or texts, and the images or ideas this language draws on or invokes (Gee 2005 ). The discourses that students draw on in their conversations reveal how they view plagiarism. However, the discourses that students draw on (as well as the discourses in the institutional policy) also indicate what knowledge is available to them (or what they can and can not think) within the constraints of the institution. In this way, discourses both reveal and construct knowledge (Foucault 1980 ). Furthermore, as plagiarism is a ‘dis- cursive construction’, we consider it as embedded within relations of power (Foucault 1980 ). Therefore, in referring to ‘plagiarism discourses’, we signal a view of knowledge as constructed, and of the language used in relation to plagiarism as revealing and creating relations of power. 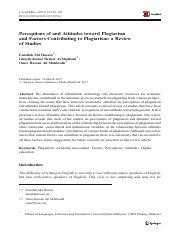 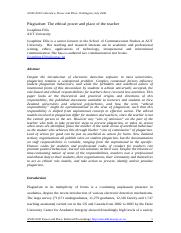 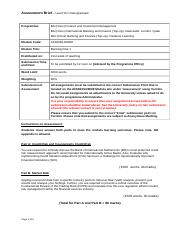 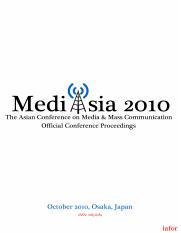 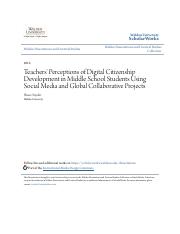 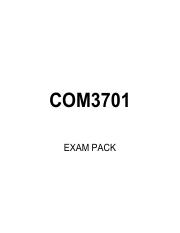