If they didnt want to be punished they shouldnt have

human, but that is why they are in jail, because they made a mistake. If they didn't want to be punished they shouldn't have done the crime that got them put into prison. They are treated too well Inmates murder, rape, and steal from people. Some molest children. Yet they have free healthcare, cable/satellite tv. Some prisons they have MP3 players. These inmates also throw bodily waste on staff or attack staff. People who feel sorry for these people haven't stepped foot inside a prison and have no clue how they act. Correctional Officers have less rights

than the criminals. If an inmate verbally assaults a staff he gets a disciplinary report and a slap on the wrist. If a CO cusses at an inmate they face time off without pay. It's absurd. .  What do you think constitutes cruel and unusual punishment in a correctional environment? Explain. In attempting to define cruel and unusual punishment, federal and state courts have generally analyzed two aspects of punishment: the method and the amount. As to the method of punishment, the Eighth Amendment clearly bars punishments that were considered cruel at the time of its Adoption, such as burning at the stake, crucifixion, or breaking on the wheel (see In re Kemmler, 136 U.S. 436, 10 S. Ct. 930, 34 L. Ed. 519 [1890]). In Hudson v. McMillian, 503 U.S. 1, 112 S. Ct. 995, 117 L. Ed. 2d 156 (1992), the U.S. Supreme Court held that the use of excessive physical force against a prisoner may constitute cruel and unusual punishment even if the prisoner does not suffer serious injury. When an inmate does suffer serious injury from the excessive use of force by prison officials, a violation of the Cruel and Unusual Punishment Clause is clear. In Hope v. Pelzer, 536 U.S. 730, 122 S.Ct. 2508, 153 L. Ed. 2d 666 (2002), the U.S. Supreme Court held that the Eighth Amendment had been contravened when prison officials had disciplined an inmate for disruptive behavior by handcuffing him to a "hitching post", once for two hours and once for seven hours, depriving the inmate of his shirt, exposing him to the sun, denying his requests for hydration, and refusing to allow him the opportunity to use the bathroom. However, a defendant need not suffer actual physical injury or pain before a punishment will be declared cruel and unusual. In Trop v. Dulles, 356 U.S. 86, 78 S. Ct. 590, 2 L. Ed. 2d 630 (1958), the U.S. Supreme Court held that the use of denationalization (the deprivation of citizenship) as a punishment is barred by the Eighth Amendment. The Court reasoned that when someone is denationalized, "[t]here may be involved no physical mistreatment, no primitive torture. There is instead the total destruction of the individual's status in organized society. It is a form of punishment more primitive than torture, for it destroys for the individual the political existence that was centuries in the development." The Court also opined that the Eighth Amendment must "draw its meaning from the evolving standards of decency that mark the progress of a maturing society." The U.S. Supreme Court has held that the death penalty itself is not inherently cruel, but has described it as "an extreme sanction, suitable to the most extreme of crimes" (gregg v. 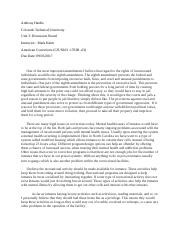 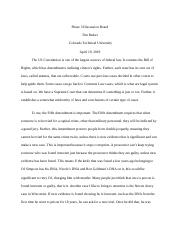 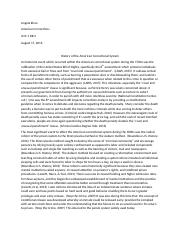 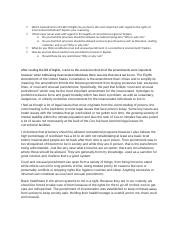 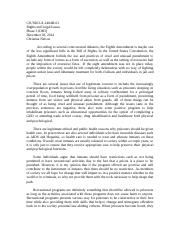 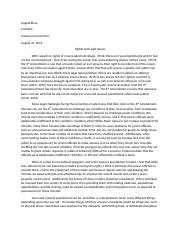