How long had they been there dashner 40 right off the

all there? How long had they been there?” (Dashner 40) Right off the bat you are introduced to a world filled with mystery, each one of these valuable questions holds a piece to the puzzle that not only the characters want to uncover, but the readers do as well. These questions entice us to want more, to stay for more, and peaks our curiosity just as it does for Thomas. Similarly, in the movie Thomas says, “What is this place? … What’s out there?” (00:04:42 – 00:04:50) The world we imagine and see are limited to exactly what Thomas and the other Gladers see, if they never leave the maze, we would never know a world outside of it. But this is what drives readers and audiences to long for the truth. In the film, Alby says to Thomas, “You’re not like the others, you’re curious.” (00:18:42 - 00:18:45) This is an important part as Thomas represents the curiosity that we have as well. Audiences do not want to spend time watching a group of boys that never attempt to escape the maze. Instead, audiences want to know what is at the end of the maze and what lies after that. Through Thomas, the answers to not only his questions, but ours are revealed. The unique desire to uncover the truths within the book translates into the film as both Wes Ball and James Dashner use Thomas to help us unravel the questions presented to us. The book starts off differently than the film as Thomas remembers his name from the beginning. However, the film reveals his name after he falls on the floor head first. Thomas exclaims in the film, “I remember my name! I’m Thomas” (00:16:15 – 00:16:20) The reveal of his name creates a sudden rush for both the audience and characters in the film as it is a cause of celebration. His name acts as a shred of his lost identity coming back to him, helping the audience connect better with the main protagonist, while also giving audiences an answer to an important question. The book on the other hand chooses to approach the beginning of the book much more differently, especially regarding Teresa and Thomas. In the book provides details that the film never explores, such as when Teresa starts to remember certain things, ““I remember remembering," she muttered, sitting down with a heavy sigh; she pulled up her legs to wrap her arms around her knees. "Feelings. Emotions. Like I have all these shelves in my head, labeled

for memories and faces, but they're empty. As if everything before this is just on the other side of a white curtain."” (Dashner 234) The book dwells on aspects of each individual character, like how Teresa focuses more towards feelings and emotions when it comes to remembering things, while Thomas is more geared towards places and certain things. Identity plays such an important role for 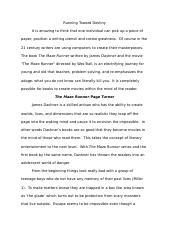 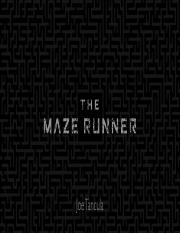 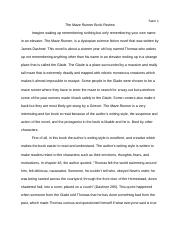 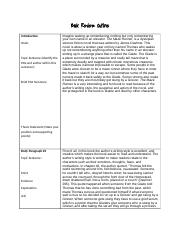 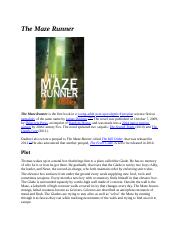 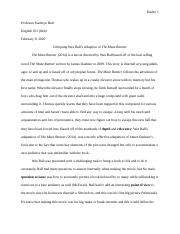