Over the past 30 years global communications have

Over the past 30 years, global communications have been revolutionized by developments in satellite, optical fiber, wireless technologies, and of course the Internet. These technologies rely on the microprocessor to encode, transmit, and decode the vast amount of information that flows along these electronic highways.  Internet of Things By 2017, the Internet had 3.8 billion users, or 51 percent of the global population. 18 As such, 2017 marked the first year that more than half of the world’s population were Internet users. It is no surprise that the Internet has developed into the information backbone of the global economy. Viewed globally, the Internet has emerged as an equalizer. It rolls back some of the constraints of location, scale, and time zones. 20 The Internet makes it much easier for buyers and sellers to find each other, wherever they may be located and whatever their size. It allows businesses, both small and large, to expand their global presence at a lower cost than ever before. Just as important, it enables enterprises to coordinate and control a globally dispersed production system in a way that was not possible 25 years ago.  Transportation Technology the efficiency gains associated with containerization, transportation costs have plummeted, making it much more economical to ship goods around the globe, thereby helping drive the globalization of markets and production. Today, the typical cost of transporting a 20-foot container from Asia to Europe carrying more than 20 tons of cargo is about the same as the economy airfare for a single passenger on the same journey. WHAT IS A MULTINATIONAL ENTERPRISE? - Firm which owns or controls income generating assets in more than one country - Economic transactions and activities (sales, marketing, manufacturing, R&D, etc) reflecting the overall operation of the MNE (not necessarily financed by the direct investor) - Compared with domestic firms, foreign subsidiaries tend to be larger, more capital intensive, more laborproductive, invest more in R&D, incorporate more foreign value-added in their output (often within their MNE network), and export more. - For being an multinational think global, act local INTERNATIONAL BUSINESS - How strategies, operations and management change when the firm seeks to cross national (or subnational) borders. 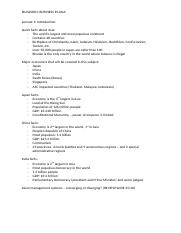 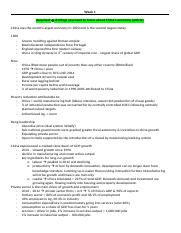 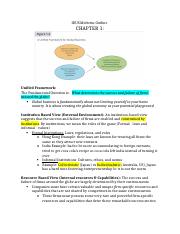 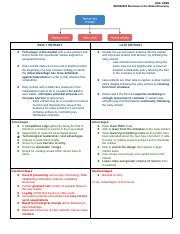 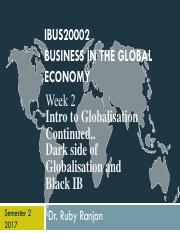 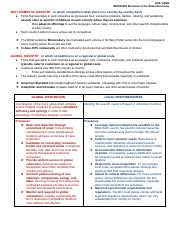