And positive thinking 8 today one in every five

10 Every employee can be impacted either positively or negatively by how an employer behaves and supports employees in the workplace. Through this study, we wanted to gain insights and inform employers about what they can do to help employees with mental health problems and illnesses thrive in the workplace 12 . This study was conducted in Canada and was run over a six-month period from early 2017 to August. Globe and Mail readers were invited to respond to the survey through articles by Dr. Bill Howatt and guest co- authors such as Louise Bradley, who in March 2017 wrote, “Why everyone needs to take care of their mental health” 13 . Each article invited employees who have experienced or were currently experiencing a mental health problem or illness, to complete the survey. The survey collected 1575

Most Popular Documents for GENERAL ACC 432 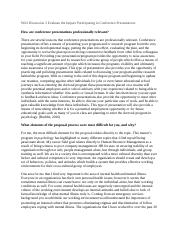 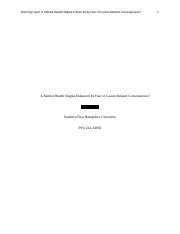 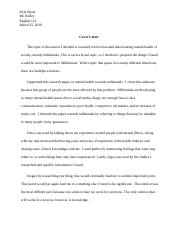 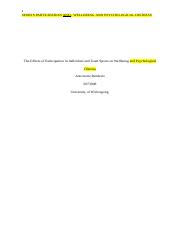 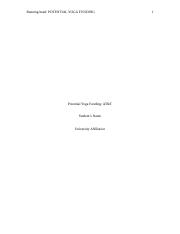 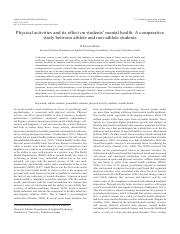 (10) Physical Activities and its Effects on Students Mental Health.pdf