Relevant information was provided by funceme in two

Relevant information was provided by FUNCEME in two forms. First, through the conceptual model described above FUNCEME issued a seasonal climate fore- cast in December of each year; second, a soil humidity model developed by FUNCEME using daily precipitation, evaporation, soil type, and topographic fea- tures generates estimates of soil humidity using information from the 184 rain gauges distributed across all the municípios of Ceará. The output of this model in effect assesses the capacity of the soil to sustain plant growth given the amount of rainfall already recorded (Andrade, 1995). When soil moisture is sufficient to support growth for eleven days without rain, the município is deemed ready for seed distribution. At this point, SDR authorizes seed distribution through its network of rural extension agents (Andrade, 1995). Furthermore, the Bank of Brazil, the major channel of subsidized agricultural credit, also used FUNCEME’s forecast to make decisions on annual production loans in rural areas. A forecast of a poor rainy season served to reduce credit available to subsistence farmers. Media coverage of the impending rainy season associated the releasing of seeds with the scientific information of FUNCEME. In the public perception, FUNCEME ‘announced’ the winter, and then SDR released the seeds. Often, in specific regions where rainfall was sufficient for farmers to plant following their traditional practices, government seeds were not yet released. For farmers, this unavailability of government seed was perceived as due to the fact that FUNCEME had not yet sanctioned their distribution. These situations created a dynamic ten- sion not only between farmers and policymakers, but also between FUNCEME and SDR with the former frequently playing a scapegoat role (Diário do Nordeste, 1996; O Povo, 1997). For example, in 1997, climate signals were particularly dif- ficult to interpret, and FUNCEME released a cautious forecast of ‘below average rainfall, irregularly distributed spatially and temporally’. In fact, rain fell in many municípios in January, but FUNCEME considered this a ‘pre-season anomaly’. These criteria may change based on the seasonal climate forecast. In years of below average forecast, the number of days can be reduced so that farmers can take advantage of any opportunity to plant (Andrade, 1995).

THE USE OF SEASONAL CLIMATE FORECASTING IN POLICYMAKING 499 SDR postponed seed distribution until later in the season despite the early rainfall, and consequently seed arrived too late for many to plant. FUNCEME was harshly criticized for releasing a ‘wrong’ forecast (Ripardo, 1997; Tribuna do Ceará, 1997). By mid-season, the rains had stopped, and the forecast was proven right. Nonethe- less, the public perception of a failed forecast prevailed. From this point on, FUNCEME limited direct contact with the media, opting for the press release as its primary method of forecast delivery. The agency also began to train rural extension agents in interpreting the forecasts in an effort to improve communication to the end-users. 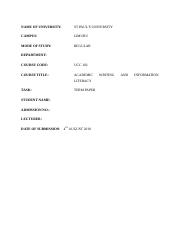 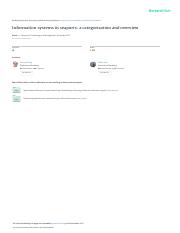 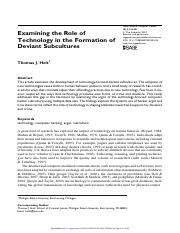 Holt 2010 - Examining the role of technology in the formation of deviant subcultures.pdf 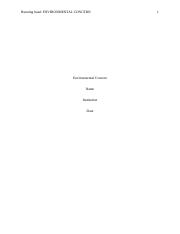 877749 Consider a social setting you are familiar with.docx 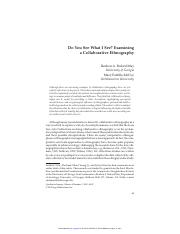 Buford May and Pattillo-McCoy 2000 - Do you see what I see.pdf 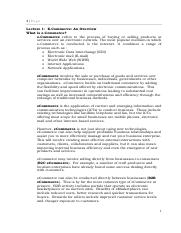