Pinker may be wrong maybe the world isnt all that

Pinker may be wrong . Maybe the world isn't all that peaceful. I keep thinking about the places I don't want to go to anymore because they are violent (Mexico, Honduras, El Salvador, Nigeria, Pakistan, etc.) As Tyler Cowen noted , the measure Pinker uses to suggest violence is a per capita one, which doesn't get at the absolute level of violence perpetrated in an era of a greater world population. But, if my read of other reports based on Uppsala data is right , war is becoming more rare and less deadly (though later data suggests lower level armed conflict may be increasing again since the mid-2000s). The apparent violence of the contemporary era may be something of a presentist bias and reflect our own lived experience and the ubiquity of news media .Even if the U.S. has been at war for the better part of unipolarity, the deadliness is declining , even compared with Vietnam, let alone World War II. Does Unipolarity Drive Conflict? So , I kind of took issue with the Monteiro's premise that unipolarity is not peaceful . What about his argument that unipolarity drives conflict? Monteiro suggests that the unipole has three available strategies - defensive dominance, offensive dominance and disengagement - though is less likely to use the third. Like Rosato and Schuessler, Monteiro suggests because other states cannot trust the intentions of other states, namely the unipole, that minor states won't merely bandwagon with the unipole. Some "recalcitrant" minor powers will attempt to see what they can get away with and try to build up their capabilities. As an aside, in Rosato and Schuessler world, unless these are located in strategically important areas (i.e. places where there is oil), then the unipole (the United States) should disengage. In Monteiro's world, disengagement would inexorably lead to instability and draw in the U.S. again (though I'm not sure this necessarily follows), but neither defensive or offensive dominance offer much possibility for peace either since it is U.S. power in and of itself that makes other states insecure, even though they can't balance against it.

Impact D Democracy checks O’Kane 97 – Prof Comparative Political Theory, U Keele (Rosemary, “Modernity, the Holocaust and politics,” Economy and Society 26:1, p 58- 9) Modern bureaucracy is not 'intrinsically capable of genocidal action' (Bauman 1989: 106). Centralized state coercion has no natural move to terror. In the explanation of modern genocides it is chosen policies which play the greatest part, whether in effecting bureaucratic secrecy, organizing forced labour, implementing a system of terror, harnessing science and technology or introducing extermination policies, as means and as ends. As Nazi Germany and Stalin's USSR have show n, furthermore, those chosen policies of genocidal government turned away from and not towards modernity . The choosing of policies, however, is not independent of circumstances. An analysis of the history of each case plays an important part in explaining where and how genocidal governments come to power and analysis of political institutions and structures also helps towards an understanding of the factors which act as obstacles to modern genocide. But it is not just 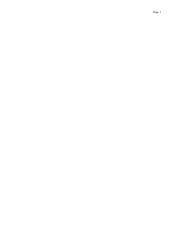 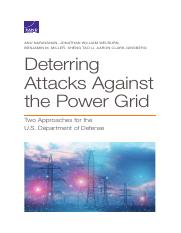 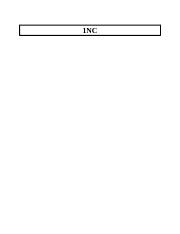 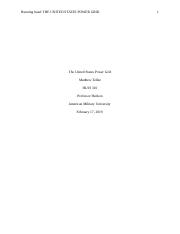 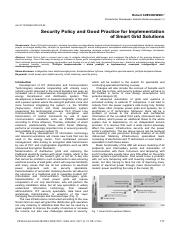 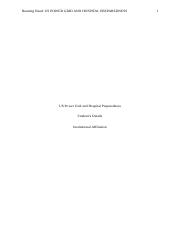 US Power Grid and Hospital Preparedness.docx