Among the advantages is that optical computers will

computers and the optic computers different outcomes emerge. Among the advantages is that optical computers will result to optical computing which is characterized by high speeds, low heating of junctions and substrates, scalability in larger and smaller network topologies and ability to be dynamically reconfigurable (Bergman, Shalf & Hausken, 2016, p.32). Moreover, their ability to carry many frequencies of light over each pathway and the ease of light detector to be filtered in order to respond to each of the frequencies. Light being able to travel at greater speeds in miles per second, it will translate to increase in computation speed (Acknowledgement to Reviewers of Computers in 2018, p.11). Also, the interconnection of optical computers over their counterparts is advantageous in that they develop resistance to interferences caused by electromagnetic signals and electrical short circuits are highly avoided. Also, they have low transmission loss and provide large bandwidth with the capability to communicate over several channels in parallel under no destructions (Bergman, Shalf & Hausken, 2016, p.32). Similarly, since optic computers use light, the photons are uncharged and therefore their interaction is minimal as in electrons for electronic modern computers. Consequently, there may be a full duplex operation as light beams pass through one another. Further, the signals in adjacent fibres or the integrated optical channels neither do they affect one another nor pick up noise as in electronic modern computers (Acknowledgement to Reviewers of Computers in 2018, p.11). Again, their ability to afford high storage densities compared to magnetic materials. Finally, optical data is processed in parallel serials hence faster compared to when done in computers that use electricity. Therefore, parallelism entails the capability of the system to execute simultaneously more than one operation (Xiao, Xue & Hui, 2016, p. 053103). The disadvantages of optical computers. However, as much as optical computers are associated with a good number of advantages, there exist some drawbacks in the technology (Bergman, Shalf & Hausken, 2016, p.32). Among the drawbacks are explained below.

In order to maintain production of optical computers, coming up with the right materials may take a long time since nowadays materials require much high power to work in consumer products (Computers & Security Editorial Board, 2018, p. ii). 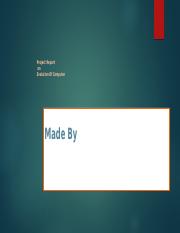 project Report On Evolution Of ComputER.pptx 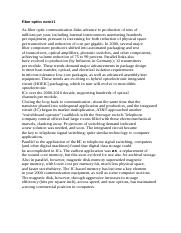 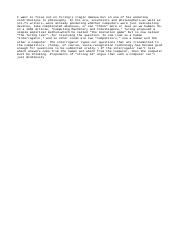 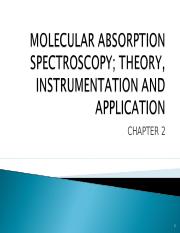 CHAPTER 2 (PART A) COMPONENTS OF INSTRUMENT FOR OPTICAL SPECTROSCOPY.ppt 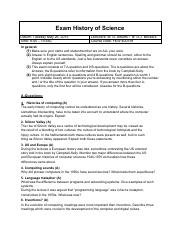