Because you know the producers purpose you are

Because you know the producer’s purpose, you are probably not bothered that the comedian is making fun of your racial background; you also know that although the ad makes men look stupid in the kitchen, it’s an exaggeration that doesn’t hold true for many of the men you know. In other words, you negotiate the meaning of the texts and probably decide that the intention was to amuse or even make fun of the stereotypes, not to genuinely offend anyone. Nonetheless, the comedy routine and the ad do contain offensive or problematic depictions. The ad is clearly a site of struggle between different interpretations. The message in the text could be understood as two contradictory messages, depending on your perception of the producer’s purpose. On the one hand, the ad is funny and you appreciate the ironic use of the stereotype. On the other, it’s still using a stereotype and therefore reinforcing it. You know that according to reception theory, it is likely that someone will interpret the ad literally or they might read a subversive meaning into the text (for example, that the ad condones sexism) and therefore be offended by it. How to decide what is the appropriate response? Applying what you know about critical media literacy, you should deconstruct the text to determine if, in fact, it is problematic. Is the representation irresponsible? Maybe the jokes really are racist and the ad really is sexist, but because of the context and the influence of dominant discourses, you are willing to overlook the problem. However, you certainly wouldn’t overlook racism if it happened in your workplace or sexism in your doctor’s office. Why would you let it slip by in a media text? When a media text uses a stereotype or exhibits troubling beliefs for the purpose of making the audience question the depiction, it’s usually not an issue. For example, Russell Peters, one of Canada’s most successful international comedians, constantly uses stereotypes and racial humour in his comedy routines. He’s very funny and has wide appeal because he makes it clear he is making generalizations in order to force his fans to think about how silly many of the stereotypes are. Through his comedy, he is saying that while people may come from different backgrounds, they have more in common than not. You may not agree with his point of view, but when you evaluate his work and assess his intentions, you have to acknowledge the context.

Media Studies EMS3O-A Lesson 5 21 Surface and Deep Meanings As a student of media, you know that a media text expresses values and beliefs in two ways. First, they float on the surface, tied to the message as part of the text. Second, they lie underneath the surface, embedded in the production—they are the context. For example, a very popular TV ad campaign for a men’s cologne used a muscular male to appeal to a female audience. He stated that, while their men can never be as sexy as him, they still can smell as good. He was depicted as a gender stereotype: conceited, self-absorbed, and confident that his good looks and fit body will attract women. The ad 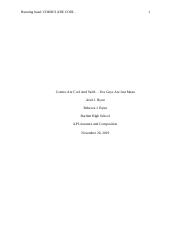 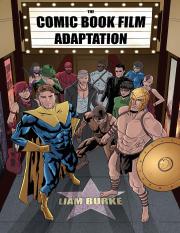 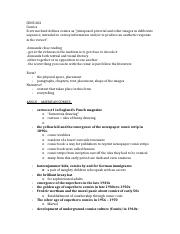 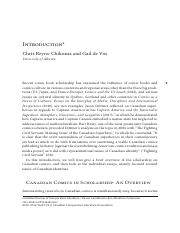 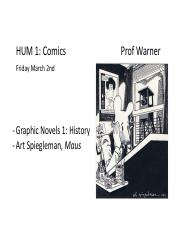 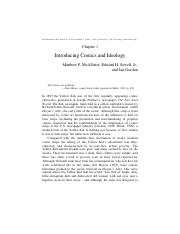