Contains unread posts Chanel Bernal posted Jan 27, 2018 10:04 AM Subscribe A. Why is the Internet viewed as a revolutionary change? The internet has evolved into a way of life across the globe involving politics, economic growth, military and mass communication. Along with its fast growth and dependencies, it has shaped our world into a cyberspace dominance of power that needs to be protected and secured. At a fast and viral pace, the internet, which was once a dial- up connection but now globally available, has revolutionized into a freely accessible weapon. The availability and access to information has become vastly exposed to applications, datacenters, clouds, mobile devices with little or no oversight on who or what has rights, control, access or protection of that information. Due to the revolutionary change of the internet and continuous growth, changes have been in high-demand at an unforeseeable rate within law enforcement, private sectors, forensics and Department of Defense. B. Describe some of the attributes of revolutionary change brought about by the Internet and their impacts on security. Attributes that occurred with the revolutionary of internet have impacted security. The internet has provided a method of interconnections of advanced technologies which have not been fully assessed due to the unpredictability's. Organizations such as Google, Apple, Microsoft and Android can provided hundreds of thousands of applications to millions of users in seconds before any security risk analysis is conducted. Cloud computing has become so abundant and enabled decentralized technology and social communication to be centralized for millions of people. As the growing increases at a rapid pace, the need for security will be demanded but with the ability to think out of the box. Security needs to evolve and change along side the pace of revolutionizing internet that is being unveiled and uncovering new discoveries every day. Security threats have advanced from minimal impact to a wide range through mobile, web, spam, social media, data breaches, privacy violation, malware, nation state, military, SCADA and keeps continuing. References: staff, C. (2012). Revolutionary evolution: The Internet of things and things to come . [online] CSO Online. Available at: - 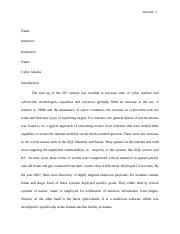 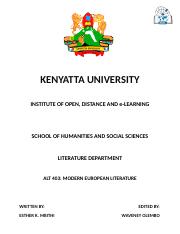 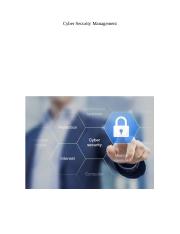 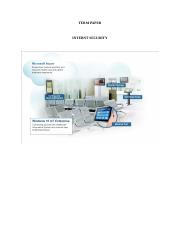 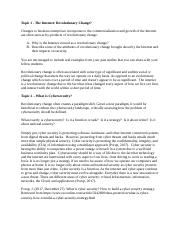 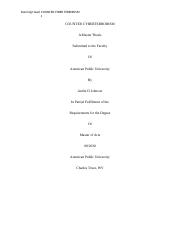