103 confronted with this fact the initial impulse of

103 Confronted with this fact, the initial impulse of some policymakers will be to call for restrictions on the technology. 104 There are many good reasons, however, to resist such an impulse. First, as a technology, Bitcoin is neither good nor bad; it is neutral. Paper dollar bills, like bitcoins, can be used in illicit transactions, yet we do not consider outlawing paper bills. We only prohibit their illicit use . Furthermore, there is only anec- dotal evidence about the extent to which bitcoins are utilized in criminal transactions. It would be wise to put the criminal use of the technology in perspective alongside its legitimate uses. As the bitcoin economy grows, legitimate uses of bitcoins will likely dwarf criminal transactions, 105 just as we see with paper dollar bills. Second, any attempt to restrict Bitcoin technology will only harm legitimate uses while leaving illicit uses largely unaf- fected. Because it is a decentralized global network, Bitcoin is virtually impossible to shut down. There is no Bitcoin company or other entity that can be targeted. Instead, Bitcoin and its ledger exist only in the distributed peer-to-peer network cre- ated by its users. As with the peer-to-peer file-sharing service BitTorrent, taking down any of the individual computers that 103. Andy Greenberg, “Founder of Drug Site Silk Road Says Bitcoin Booms and Busts Won’t Kill His Black Market,” Forbes , April 16, 2013, .com/sites/andygreenberg/2013/04/16/founder-of-drug-site-silk-road-says -bitcoin-booms-and-busts-wont-kill-his-black-market/. 104. Charles Schumer and Joe Manchin, Letter to Attorney General Eric Holder and Drug Enforcement Administration Administrator Michele Leonhart, June 6, 2011. Available at -releases?ID=284ae54a-acf1-4258-be1c-7acee1f7e8b3. 105. Jan Jahosky, “BitPay Eclipses Silk Road in Bitcoin Sales with Explosive $5.2M March,” BitPay Blog , April 2, 2013, -silk-road-in-bitcoin.html.

35 make up the peer-to-peer system would have little effect on the rest of the network. Therefore, making the use of Bitcoin illegal would not undermine the network; it would only serve to ensure that law-abiding users are denied access to the technology. As a result, society would forgo enjoying the many potential benefits of Bitcoin without seeing any drop in criminal use. Third, if Bitcoin were prohibited, the government would forego the opportunity to regulate intermediaries in the bitcoin economy, such as exchangers and money transmitters. The gov- ernmental interests in detecting and preventing money launder- ing and terrorist financing would be better advanced, not by pro- hibiting the technology, but by requiring intermediaries to keep records and report suspicious activities, just as traditional finan- cial institutions do. Again, restricting the use of Bitcoin will only ensure that criminals alone will use the technology. Any illicit intermediaries that emerge, such as exchanges and payment pro- cessors, will be unregulated. 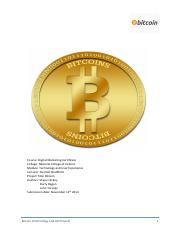 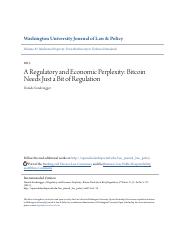 A Regulatory and Economic Perplexity- Bitcoin Needs Just a Bit of 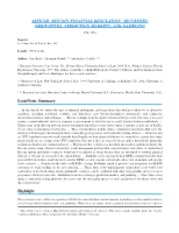 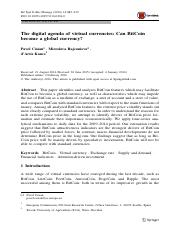 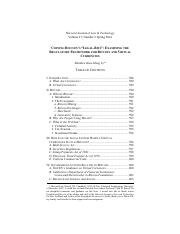 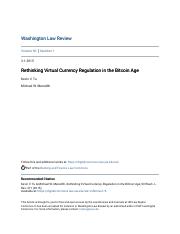