But immediately upon raising the heat only a little

but, immediately upon raising the heat only a little above that degree, it becomes blackened, a part of the charcoal separates from the combination, water slightly acidulated passes over accompanied by a little oil, and the charcoal which remains in the retort is nearly a third part of the original weight of the sugar. The operation of affinities which take place during the decomposition, by fire, of vegetables which contain azote, such as the cruciferous plants, and of those containing phosphorus, is more complicated; but, as these substances only enter into the composition of vegetables in very small quantities, they only, apparently, produce slight changes upon the products of distillation; the phosphorus seems to combine with the charcoal, and, acquiring fixity from that union, remains behind in the retort, while the azote, combining with a part of the hydrogen, forms ammoniac, or volatile alkali. Animal substances, being composed nearly of the same elements with cruciferous plants, give the same products in distillation, with this difference, that, as they contain a greater quantity of hydrogen and azote, they produce more oil and more ammoniac. I shall only 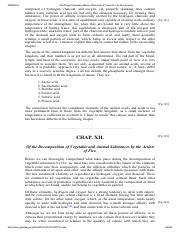 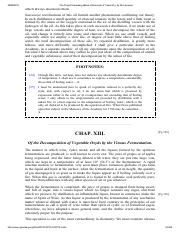 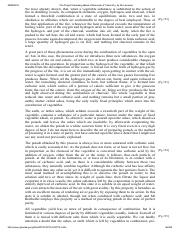 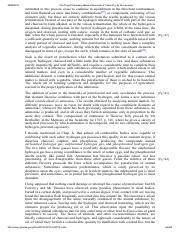 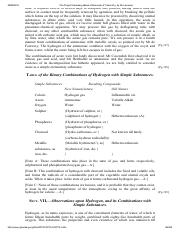 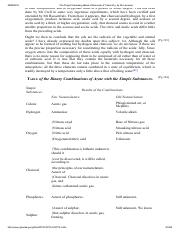