Whatever the motive or justification for emulation

Whatever the motive or justification for emulation, what matters is that there exist influential actors, domestic and/or international, that advocate regime convergence. For their part, Mainwaring and Pérez-Liñán (2005; 2009), state that the dissemination of norms and ideas affects the way actors perceive their political interests and, consequently, their political behaviour and preferences. Changes to convergent regimes may also be stimulated by international actors (countries and regional organizations), by external incentives (sanctions or rewards), by diplomatic support or foreign assistance to certain coalitions. The point is that the channels of transmission are not directly investigated, and all the hypotheses presented above are justified by the same item of evidence: an increase in the likelihood of transition or survival of democracy, in line with an increase in the proportion of democracies in the region or the occurrence of transitions. Despite the abovementioned aspects, the literature on diffusion seems to be developing at a promising pace and overcoming earlier criticisms. In 2002, Pevehouse (2002) stated that this new literature had not yet been able to develop systematic cross-national empirical studies. Whitehead (2002) criticized diffusion literature for its excessive parsimony: not considering actors or intentions; not investigating channels of transmission; difficulty in attributing primacy to domestic or international factors responsible for the democratic process; and absence of any distinction between types of or stages in democracies. Furthermore, Whitehead considered that it was not possible to explain the influence of international factors purely through neutral transmission mechanisms that would induce contiguous countries to replicate the political institutions of their neighbours, affecting attitudes, expectations and interpretations of the public, regardless of external agents’ intentions. Interpretations that excluded the role of external actors, their motivations and instruments of action would tend to produce a distorted image of the international dimensions of democratization: the policy of a third power, mainly of the great powers, would be better at explaining not just the propagation of democracy, but also its speed, direction, limits and transmission mechanisms. The articles analysed in this review not only conducted systematic studies, but also employed sophisticated statistical models, with the adoption of a series of control variables representing competing theories. The influence of internal and external actors has been the object of theoretical attention, and the study by Mainwaring and Pérez-Liñán (2009) has put forward contributions to the empirical aspect, by measuring, albeit indirectly, the commitment of the political elite to the regime. Even the question of the distinction between types of or stages in democracies was dealt with by Brinks and Coppedge (2006), who used a continuous scale of degrees of democracy based on the Freedom House’s classification. 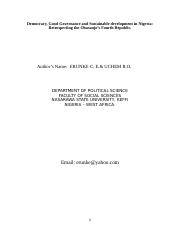 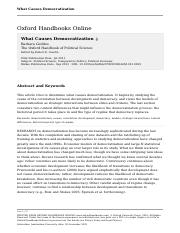 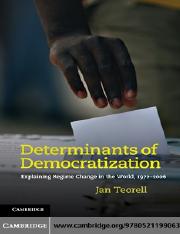 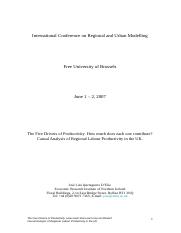 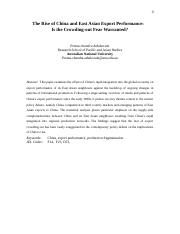 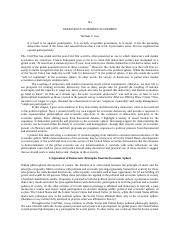