Negotiations including the community as the third

negotiations including the “Community” as the third/ invisible part[scheme 1] Scheme 1 A Β C Suppose that the more Information, → the more uncertainty for the Future → the more need for cooperation, according to the modeling factor, (APPENDIX) as well as : 14

 Pi(&) :Sum of all the “winning strategies”(&)[pick-points] coming from the choices of the bargainer “A”, based on information given while reaching the ∞  Qi(&): Set of all the “winning strategies”(&)[pick-points] coming from the choices of the bargainer “B”, based on information given while reaching the ∞  Ri(&): Set of all the “winning strategies”(&)[pick-points] coming from the choices of the bargainer “C”, [ the “Community” , concerned as the “third” or “invisible” partner] based on information given while reaching the ∞  There is a “link” between “utilities” and “individual winning strategies” that means , ¦ (u) Û¦ (&), where, “& ” is a set of good individual strategies Max PQR = max of payoffs PQR THEN: limPi(&)Qi(&)Ri(&)=maxPQR i→∞  The “new” system ( the equilibrium point, according to Nash Theory) could lead to a pure cooperation situation, between the 2 involved parts in the bargain ( individuals and the “Community” – which could be seen as the “third-invisible” part in a two-persons bargain) ; this could occur as the result of an “instant individual reaction” due to given information (transferred knowledge). From this point of view, I think that my suggestion facilitate competitors to understand each-other’s situation, thus improving the quality of the bargain, as a “new social existence” in the globalizing world.  Otherwise , A 3-person non cooperative bargaining game may form in its limit pure cooperation conditions between the involved parts, as integrated information let them create a 3-band codified knowledge, at the same time i.e  Rural community is the “weak partner” in the bargaining game, in the world market but this situation should be conversed, under networking and (or) clustering 5. Conclusions- Proposal 1. The more Information, the more uncertainty 2. Information, as a form of negative Entropy goes to increase, as it is spent 3. Uncertainty as the “Information Age” (21 st century) result goes to increase, following the evolution 4. Technological changes and human and social relations move in the opposite direction-“vice versa”. 5. It’s world necessity for changing status, in the benefit of civilization, in real terms of quality of life 6. The two-poles [“0 - 1”,] system leads human relations to dead-end 7. Introducing a three-poles dealing system may improve the “bargaining perception” thus influencing social behavior, introducing a new bargaining ethic 8. A “new bargaining perception” including the “Community profit” ( C ) as the “third” or “invisible” parameter in a bargain between two (2) persons-players may change some Globalization negative conditions, providing them with “rules” social rules through social behavior changing, leading the bargain/ development from a competitive form to a pure and absolute cooperation or win-win-win behavior 9. The “C” partner 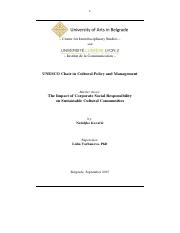 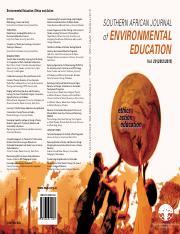 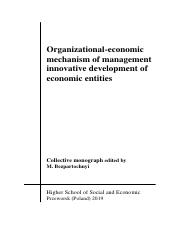 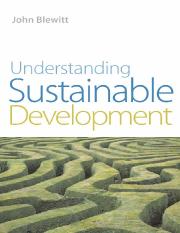 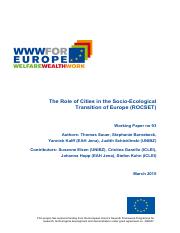 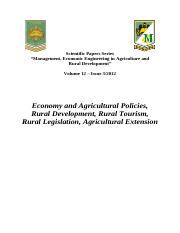