Research Design This research used an Uppsala Longitudinal design which involved 123 children from middle-class families. Ages were from 6 weeks old to 9 years old and a repeat study was done at 21 years old. The Five Factor questionnaire was filled out by mothers and teachers to assess the child’s personality at 8.5 years old. At age 21 questionnaires were mailed to same participants and were asked to fill them out one week before their visit and bring it with them. Semi- structures interviews were also performed for data (Fransson, Granqvist, Bohlin, & Hagekull, 2013, p. 224-225). Girls were rated as more agreeable conscientious, and less neurotic than boys at age 8.5 years old with the Big Five Factor questionnaire. It also shoed that extraversion and openness were stable from the ages of 8 years old to 21 years old (Fransson, Granqvist, Bohlin, & Hageskull, 2013, p. 229). The study was conducted in an ethical manner. Participants were asked to participate and it was voluntary. It was consentual and it also required the consent from the parents of the children in the study. Their identities were kept confidential. Permission was obtained from the lab that was being used. References: Aron, 2002. L. Aron. A meeting of minds: Mutuality in psychoanalysis Analytic Press, New York (2002) Google Scholar Fransson, M. Granqvist, P., Bohlin, G. & Hagekull, B. (2013). Interlinkages between attachment and the Five-Factor Model of personality in middle childhood and young adulthood: a longitudinal approach. Attachment & Human Development. 15(2), 219-239. Mitchell, 1988 S.A. Mitchell Relational concepts in psychoanalysis: An integration Harvard University Press, Boston, MA (1988) Google Scholar Paulhus, D.L., Trapnell, P.D., & Chen, D. (1999). Birth Order Effects on Personality and Achievement Within Families. Psychological Science , 10(6), 482-488 Shaver, P.R., & Mikulincer, M. (2005). Attachment theory and research: Resurrection of the psychodynamic approach to personality. Journal of Research in Personality , 39(1), 22-45 Sroufe, L.A., Egeland, B., Carlson, E.A. & Collins, W.A. (2005). The development of the person: The Minnesota Study of Risk and Adaptation from birth to adulthood. New York, NY: Guilford Press. 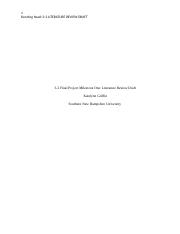 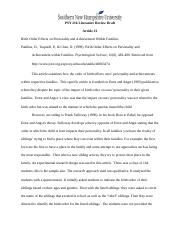 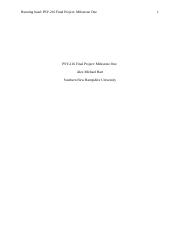 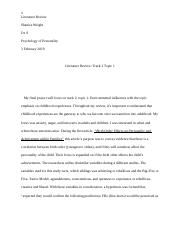 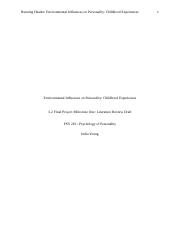 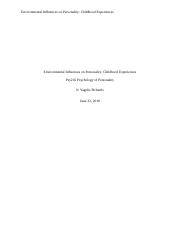