Necessarily a business model for guaranteeing

necessarily a business model for guaranteeing automatic success (Michael & Combs, 2008), deeper understanding of the business model with a view to improving it in Nigeria is necessary . 1.3 Statement of the Problem There are three key problems that motivated the conduct of this study, namely: i. Recent downturn in the performance of many franchise systems across the world and in Nigeria. ii. Lack of clarity and deeper understanding of factors that drive success in franchising. iii. General paucity of research in franchising, especially, one that is contextualized in Africa. Recent Downturn in the Performance of Franchise Firms across the World The first problem that inspired the conduct of this study is the recent decline in the performance of franchise systems around the world and in Nigeria. In the past decades, particularly from the 70’s down to early part of 2000’s, franchise firms were often praised for their resilience and superior performance (Hua & Dalbor, 2013). However, in recent years, as table 1.1 below shows, the effectiveness of franchising as a model for profitably distributing products and services and for growing SMEs has come under scrutiny. This is primarily due to the declining

corporate performance of notable franchise firms. For example, beginning from early 2015 till date, McDonald’s, the largest franchise chain in the world, has seen its performance nosedived (Dean, Brat, & Gasparro, 2015; Gensler, 2015; Giammona, 2015; Wahba, 2015; Whitten, 2016). Having spent huge sums promoting its new All-Day Breakfast and McPick 2, the company posted weaker-than-expected 2016 sales in both its US and global markets with actual sales, as indicated in table 1.1 below, falling below forecast by 53% and 9% in both markets respectively (Whitten, 2016). It is reported that the company has suffered four straight years of traffic decline, leading to more than 500 million lost transaction since 2012 (Ganesan & Baertlein, 2017). Although McDonald’s is a franchisor, it has been noted that the performance of franchisors like McDonald’s is a reflection of the collective performance of its franchisees (Lucia- Palacio, Bordonabe-Juste, Madanoglu, & Alon, 2014). Indeed, reports show that the major cause of McDonald’s hemorrhaging sales and profit levels is the fact that the company has been having 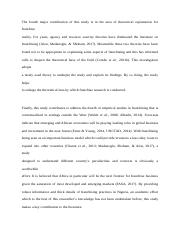 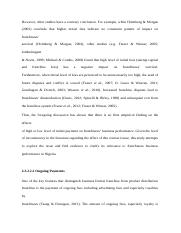 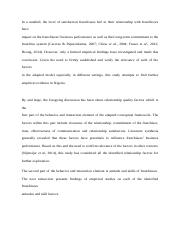 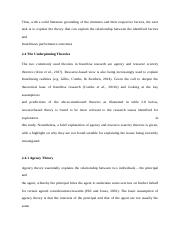 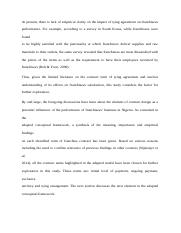 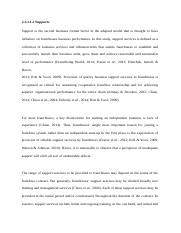