67 under this view once a convention is summoned it

' 67 Under this view, once a convention is summoned, it is a "free agent," authorized to ignore the reasons that led to its cre- ation. 68 These commentators believe that even if the convention were called for a specific purpose, and Congress limits the mandate to proposing amendments that address that specific purpose, 69 Congress is still bound to submit to the states whatever proposals the convention formulates for ratification, even if the convention consciously rejected the mandate that led to its creation. 70 This argument makes two assumptions. First, when Article V refers to "proposing amendments," it does not limit a convention to proposing amendments; indeed a runaway convention could propose to throw away the whole Constitution and start from scratch. a Second, although the states and Congress intended to limit the convention to a particular matter and the convention might be lawless in ignoring those limits, Congress must be a mere conduit and it must respect the work of the convention, even when the convention violated the rules that created it. Even if one accepts the scenario of a runaway and lawless conven- tion, Article V imposes several significant checks on the convention. These safeguards may help explain why President Lincoln did not fear 66. See U.S. CONST. art. II, § 1, cl. 8 (referring to the requirements for oath of office). 67. Paulsen, supra note 20, at 738 (footnote omitted). 68. Gerald Gunther, The Convention Method of Amending the United States Constitution, 14 GA. L. REV. 14-18 (1979); William W. Van Alstyne, Does Article V Restrict the States to Calling Unlimited Conventions Only?- A Letter to a Colleague, 1978 DUKE L.J. 1295, 1298, 1305 (1979). 69. John T. Noonan, Jr., The Convention Method of Constitutional Amendment- Its Meaning, Usefulness, and Wisdom, 10 PAC. L.J. 641 (1979) (asserting that the convention cannot go beyond what Congress has specified). 70. Paulsen, supra note 20, at 738. 71. A few scholars claim that a convention would cause chaos in an otherwise orderly government. See, e.g., Goldberg, supra note 65, at 2 (calling the convention system "uncharted and volatile"); Tribe, supra note 19, at 632 (calling the convention system "exceedingly unsound"). [Vol. 80:227

AN ESSAY ON TERM LIMITS the convention method, but actually preferred it. 72 Let us turn now to these safeguards. C. The Ratification Requirement The first significant check on the convention method of amendment is that all proposed amendments must be ratified by three-fourths of the states before they become part of the Constitution. Article V makes this requirement explicit and no other interpretation is possible. Therefore, the critics' fear of a runaway convention is unfounded. Even if a runaway convention violated its mandate, the convention can only propose amendments and these amendments then must go through the arduous state-by-state ratification process. 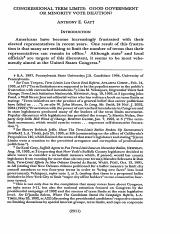 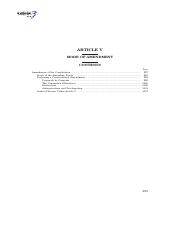 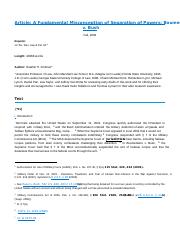 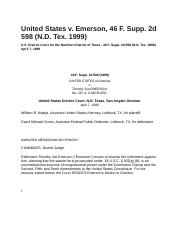 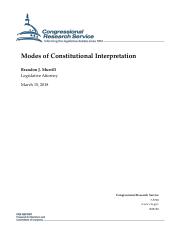 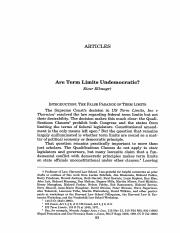