Unavoidably necessary to prevent an immediate and

unavoidably necessary to prevent an immediate and grave danger to the security and welfare of the community that infringement of religious freedom may be justified, and only to the smallest extent necessary to avoid the danger. 3. In further support of its contention that Republic Act No. 3350 is unconstitutional, appellant Union averred that said Act discriminates in favor of members of said religious sects in violation of Section 1(7) of Article III of the 1935 Constitution, and which is now Section 8 of Article 8 of the 1973 Constitution, which provides: "No law shall be made respecting an establishment of religion, or prohibiting the free exercise thereof, and the free exercise and enjoyment of religious profession and worship, without. discrimination and preference, shall forever be allowed. No religious test shall be required for the exercise of civil or political rights." The constitutional provision not only prohibits legislation for the support of any religious tenets or the modes of worship of any sect, thus forestalling compulsion by law of the acceptance of any creed or the practice of any form of worship, 35 but also assures the free exercise of one's chosen form of religion within limits of utmost amplitude. It has been said that the religion clauses of the Constitution are all designed to protect the broadest possible liberty of conscience, to allow each man to believe as his conscience directs, to profess his beliefs, and to live as he believes he ought to live, consistent with the liberty of others and with the common good. 36 Any legislation whose effect or purpose is to impede the observance of one or all religions, or to discriminate invidiously between the religions, is invalid, even though the burden may be characterized as being only indirect. 37 But if the stage regulates conduct by enacting, within its power, a general law which has for its purpose and effect to advance the state's secular goals, the statute is valid despite its indirect burden on religious observance, unless the state can accomplish its purpose without imposing such burden. 38 In Aglipay v. Ruiz 39 , this Court had occasion to state that the government should not be precluded from pursuing valid objectives secular ID character even if the incidental result would be favorable to a religion or sect. It has likewise been held that the statute, in order to withstand the strictures of constitutional prohibition, must have a secular legislative purpose and a primary effect that neither advances nor inhibits religion. 40 Assessed by these criteria, Republic Act No. 3350 cannot be said to violate the constitutional inhibition of the "no-establishment" (of religion) clause of the Constitution. The purpose of Republic Act No. 3350 is secular, worldly, and temporal, not spiritual or religious or holy and eternal. It was intended to serve the secular purpose of advancing the constitutional right to the free exercise of religion, by averting that certain persons be refused work, or be dismissed from work, or be dispossessed of their right to work and of 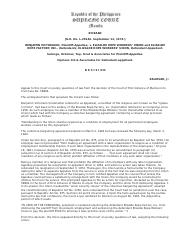 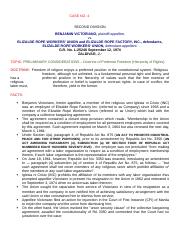 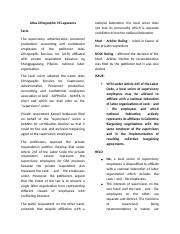 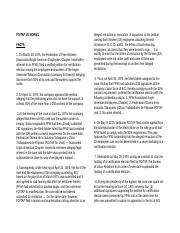 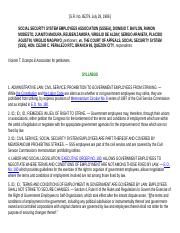