That compels it both in the present and at a

that compels it, both in the present and at a historical scale, to better itself according to the forms the spirit possesses and will embrace for different context and generations – reason is the promise of a humanity that would eventually overcome alienation by gradually converting, through meaningful and dignified work, the hostile exteriority of the world, appropriating it as a known and incorporated interiority (Hegel 2010). Nobody knows how this ontological process will unfold; moreover, it is irrelevant and even dangerous to assert predictions in that direction. Hegel himself disregarded these excessive attempts of prospectivity, of trying to map the future
META: Research in Hermeneutics, Phenomenology, and Practical Philosophy – IX (2) / 2017688 at any cost (d’Hondt 1993) by arguing that every philosophy belongs entirely to its own epoch, serving, conscious or not, the interests of that epoch (Hegel 1995b). As pair of opposites that exist only through each other, quality and quantity are eventually reconciled in the concept of measure, which is both limit and number. And, being the first moment of being, quality excludes quantity as something different from itself. Measure helps overcome this contradiction by bringing back the previously excluded quantity into the understood and assumed wholeness of being. Mature quality has grown aware of immanent appurtenance to quantity, while negated quantity is posited, on its turn, to a superior level (Hegel 2010; see also Fleischhacker in Petry 1993, 219-220). Measure has thus become the promise of true, dialectical infinity, in a process in which quantity is gradually conveyed into necessity and quality into liberty. Beyond the surface of things: mathematics as pure abstraction with only phenomenological implications? Taking into account Hegel’s logic and his philosophical approach on quantity and quality, his critique of mathematics becomes less ambiguous. The main point of the philosopher's stance against mathematics can be summed up in this way: mathematical truths are aware only of themselves, while philosophical truths are aware both of themselves and mathematical truths. And of many other truths, coming down to the final truth, the whole. So, mathematical truths are isolated truths and this turns them, into the long term, into errors. Mathematical truths do not grasp the essence, but only the existence of things. And pure existence is, like we have seen, only the negative (Hegel 1977b). Furthermore, it follows that philosophical knowledge is the consciousness of becoming as totality, as the sum of being, things and their according concepts. But mathematical knowledge, due to its specific object of study, quantity, does not understand movement in this dynamic complexity. It only understands the movement of the thing in itself, which
Emanuel Copilaș/ The challenge of bad infinity 689 amounts to bad infinity and its counterpart, bad reality (Hegel 1977b). 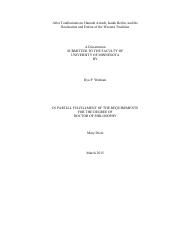 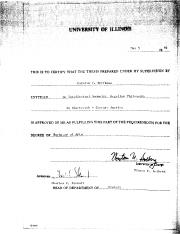 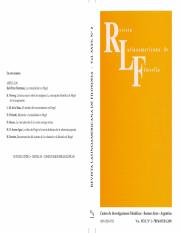 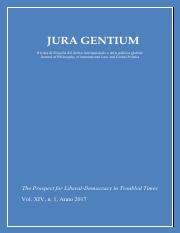 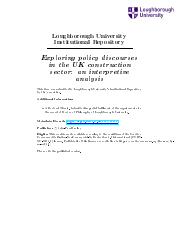 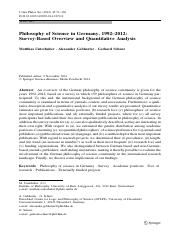