The local government reforms of 1951 provided for new

representative system of local government (Watson Commission, 1948; Coussey Commission, 1949). The local government reforms of 1951 provided for new district and local councils with an elected majority of two-thirds, and one third of representatives appointed by the chiefs (Newbury, 1964; Harvey, 1966). In the immediate post-independence period, administrative reform introduced representative and elected district administration. However, the prominent role that the Convention People’s Party (CPP) government played in selecting local government representatives defeated the objectives of these reforms (Ayee, 1994; Songsore and Denkabe, 1995) The subsequent slide into military governments reinforced this tendency, with district authorities acting as representatives of government transmitting the objectives of government policy to local organisations rather than responding to the needs and aspirations of citizens. While the Local Government Act of 1974 attempted to decentralise to 65 District Councils, this was not successful since it merely delegated power to District Councils that lacked financial and planning autonomy. Despite the top-down structure of local administration, a strong tradition of popular community, youth and women organisation has existed from before the colonial period. It has independently been able to undertake community development schemes, including infrastructure development such as town sanitation development, road maintenance and path clearance, well digging, etc. (Ayee, 1994; Songsore and Denkabe, 1995). In urban areas, home town associations have organised remittances for the development of their areas of origin. They also play important roles in sustaining the cultural activities of the communities, at festivals, funerals etc. During the colonial period, these institutions became an important avenue in which the anti-colonial struggle was organised. Since then, most governments have exploited what remains of these grassroots organisations to further their interests (Ayee, 1994; Songsore and Denkabe, 1995). As a consequence, these community organisations tend to have the capacity to rapidly mobilise communities for externally defined agendas but lack a culture of articulating their needs and placing demands on government services. Few channels have existed through which these organisations can make creative inputs into administration, policy development and development planning. In the past, central government has tended to set up its own cadre of semi-autonomous State-sponsored development organisations which are dependent upon the State for support and patronage. These organisations managed development projects with donor and government sponsorship. These projects were used to disburse scarce goods and services to supporters. As a consequence, the development process tended to be subverted by political patronage and economic development gave way to rent-seeking activities. In the Nkrumah period these semi-autonomous organisations included the Ghana National Farmers' Council, the Workers Brigade and the Cooperative movement. In the Acheampong period this included the Ghana National Reconstruction Corps and the integrated regional development programmes.

Most Popular Documents for MGT MISC 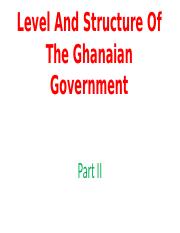 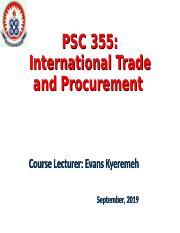 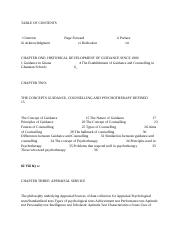 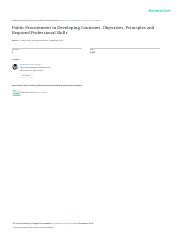 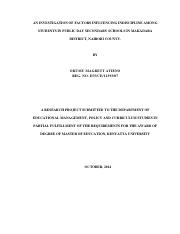 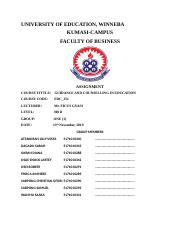