The Role of the Advanced Practice Nurse NSG 6006 Week 2 concept in nursing. Image: The Journal of Nursing Scholarship, 26, 119– 127. (Hamric) Hamric, Ann, Charlene Hanson, Mary Tracy, Eileen O'Grady. Advanced Practice Nursing: An Integrative Approach, 5th Edition. Saunders, 07/2013. VitalBook file. . c. Conceptual models for APNs i. Hamric’s Integrative Model One of the earliest efforts to synthesize a model of advanced practice that would apply to all APN roles was developed by Hamric (1996). Hamric, whose early conceptual work was done on the CNS role (Hamric & Spross, 1983, 1989), proposed an integrative understanding of the core of advanced practice nursing, based on literature from all APN specialties (Hamric, 1996, 2000, 2005, 2009; see Chapter 3). Hamric proposed a conceptual definition of advanced practice nursing and defining characteristics that included primary criteria (graduate education, certification in the specialty, and a focus on clinical practice with patients) and a set of core competencies (direct clinical practice, collaboration, guidance and coaching, evidence-based practice, ethical decision making, consultation, and leadership). This early model was further refined, together with Hanson and Spross in 2000 and 2005, based on dialogue among the editors. Key components of the model (Fig. 2-4) include the primary criteria for advanced nursing practice, seven advanced practice competencies with direct care as the core competency on which the other competencies depend, and environmental and contextual factors that must be managed for advanced practice nursing to flourish. The revisions to the Hamric Model since 1996 highlight the dynamic nature of a conceptual model; at the same time, the fact that essential features remain the same demonstrates the inherent stability and robustness of Hamric's Model, particularly when many potentially transformative advanced practice nursing initiatives are being developed. Models are refined over time according to changes in practice, research, and theoretical understanding. This model forms the understanding of advanced practice nursing used throughout this text and has provided the structure for each edition of the book. Using Hamric's Model, some 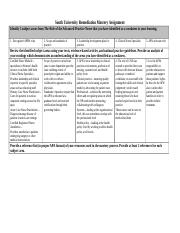 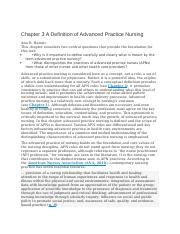 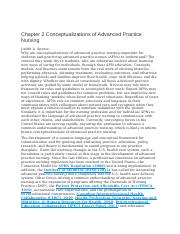 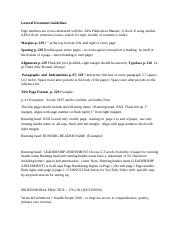 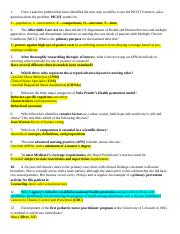 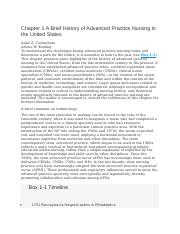